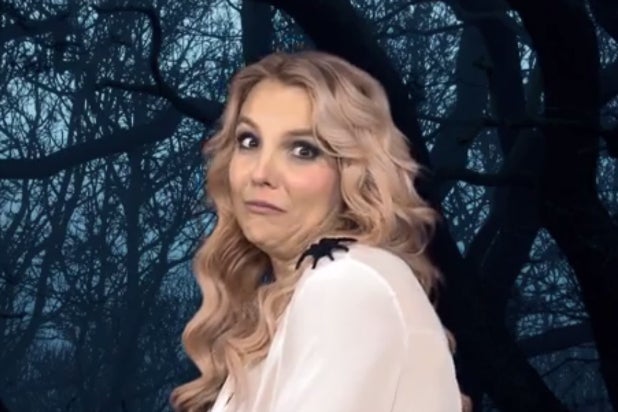 The pop star, alongside a hungry Nick Grimshaw, read the opening lyrics to Michael Jackson’s “Thriller” in celebration of the year’s spookiest holiday.

Draped in spiders and adorning a throne, Spears recited the poem in an on-again, off-again British accent as TV and radio personality Grimshaw creeped up on her, took selfies and ordered takeout.

The two also flew around on brooms for a bit. The whole thing is equal parts weird and funny.