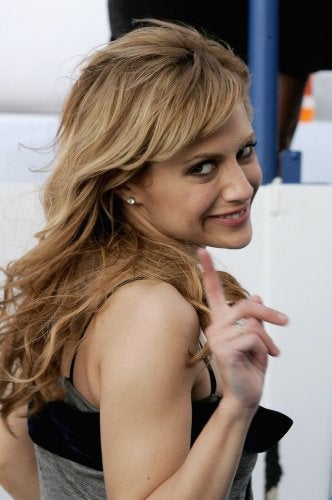 The Los Angeles Police Department is offering conflicting predictions of the size of the Christmas Eve funeral of Brittany Murphy.

Romero said only a few officers would be in the area for Brittany Murphy’s Christmas Eve burial at Forest Lawn. The LAPD would be doing nothing out of the ordinary, he said, but he couldn’t say if other law enforcement agencies would join them.

The view was a little different at the North Hollywood Dividsion, which is providing the officers along Riverside Drive.

“We’re sending a lot of people — about 20 officers,” a desk officer at the division said. “The Highway Patrol and Glendale P.D. will be there too, so there’ll be about 40 total.”

The officer said his colleagues will be checking cars entering Hollywood Hills, conducting traffic control and “whatever’s needed. They really haven’t told us anything — they’re just sending us over there.”

At the Glendale CHP, however, the funeral seemed to rate low on priorities. When asked if the CHP would send personnel to the ceremony, an officer said, “I seriously doubt it.”