(See also Part I: Hollywood Cuts, Retools and Looks to the Future)
The nation’s TV critics just spent the last two weeks raving about the small screen’s creative triumphs over the past decade, with more than a few heralding a new golden age for the medium.
So why do the folks who run the industry — particularly those who work at the big networks — still feel so queasy heading into the ’10s?
The short answer: While cable’s renaissance means there are more networks with more "hit" shows than ever before, the windfall profits such success once guaranteed for the Big Four are harder than ever to reach.
The Age of Monster Hits like "Friends" and "Seinfeld" and "Law & Order" — and the massive profits they once generated — is over.  Midrange success stories are the new 40 share. (See accompanying story about the movie industry: "Hollywood Cuts, Retools and Looks to the Future.")

No, network TV isn’t on its deathbed, despite the rantings of some doomsayers. But the industry is still in for several more years of transition as executives look to radically remake the business model for broadcast TV.
Signs of change are everywhere:
– News Corp.’s Chase Carey decision to go to the mat with Time Warner Cable over the New Year’s holiday wasn’t about pride. Networks like Fox simply can’t thrive on advertising revenue alone anymore, particularly with some projections showing Madison Avenue will continue to cut back on network ad buys even as the overall economy improves.
– Much of the pre-announcement hype over Apple’s so-called "iSlate" has focused on its potential to bolster print. But the computer giant also has been talking to multiple networks about a monthly subscription service for TV shows. It’s not hard to see TV programming being a big part of iSlate. Likewise, it’s possible networks could use the internet to experiment with models where subscribers get first crack at big events — anything to replace the dollars lost from shrinking syndication monies. 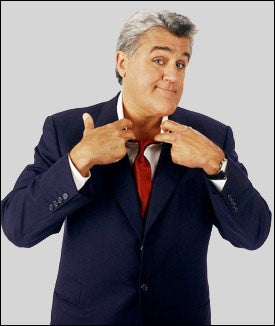 -- Despite the flak NBC has taken over its Jay Leno experiment, the Peacock may actually be the canary in the coal mine for broadcasters. The fact is, networks have no choice but to look for ways to reduce the number of hours they devote each week to high-cost scripted programming. Even reality TV — once thought to be a panacea for the cost problems of networks — has gotten more expensive and has ended up with the same rough success-to-failure ratio as comedy and drama. Don’t be surprised to see more repeats in regular timeslots as networks finally concede that they can’t afford 20 hours-plus of first-run fare every week.
– Entire dayparts are disappearing or radically evolving. We’ve already seen the networks get out of the kids business. Daytime could be next, with two long-running soaps toast and more casualties highly likely soon.
– The local-stations business, once a source of steady revenue for conglomerates such as NBC Universal and CBS, is now a drain on profits, thanks to a near-complete collapse of premium local advertising (there’s a reason many stations now air informercials in the middle of the day, rather than just late at night).
There’s renewed talk the whole network-local affiliate relationship could be on the brink of crumbling as broadcasters seriously consider something they’ve mulled for years: transforming into cable networks.
And yet, while times are clearly still tough, they’re also filled with opportunity. And as stomach-churning as 2010 promises to be for the TV business, indications are that broadcasters are — ever so slowly — starting to figure out how to adapt to the reshaped landscape of the business.
Consider: Lost in all the drama of "Will Fox pull the plug on Time Warner?" is the fact that nobody seemed to think News Corp. was crazy for demanding serious compensation for its signal.
At the start of the last decade, cable companies scoffed at the idea that they’d ever pay cash for free over-the-air TV. CBS broke ground with a few deals a while back, but they didn’t produce serious money.
While Time Warner and Fox aren’t yet revealing the terms of their pact, it’s clear Fox got a record sum from a cable operator for its programming. Broadcasters’ decades of dreaming about matching cable’s dual revenue stream may soon be over — and while it won’t make up for dwindling syndication and ad revenues, it will help. A lot.

Likewise, major media companies’ push to get paid for their content could yet result in another new revenue stream for broadcasters. The talks with Apple hint at this. Hulu’s declaration that it may yet charge for some content is another sign of digital pennies slowly morphing into dimes, quarters and maybe even dollars.
The decline of the traditional 100-episodes-to-syndication-nirvana also may prove liberating to network programmers, and not so catastrophic for broadcast bean counters.
After all, freed from the burden of trying to produce as many episodes as quickly as possible in order to get to the back end ASAP, broadcasters could start to experiment more with the idea of limited-order series. Or shortened episode counts.
That could lead to even better shows. Maybe big talent that would never commit to the drudgery of virtual nonstop production for seven years — the reality of a hit drama or comedy in the past — might consider signing on for a three-year gig in which only 13 episodes are produced every 12 months.
It’s a model that has allowed cable networks from FX to HBO to land major names who’d never do a network show.
Then there’s the promise of technological revolution. Just as James Cameron’s "Avatar" offers the hope of keeping moviegoing an in-theater experience, TV soon could get a 3D boost as well.
The big buzz at this week’s Consumer Electronics Show is all about 3D TV, which is months — not years — away from becoming a reality. It won’t be cheap, but there are thousands of hours of programming that could suddenly become a lot more valuable if converted to 3D. Bottom line: It’s another source of potential profits to a business that needs as many as it can find.
As the Awful Aughts fade into memory, it would be nice to be able to predict smooth sailing ahead for broadcasters. It would also be naive.
But that doesn’t mean there’s not reason to hope that, like a TV icon from a simpler time, the networks might just make it after all.
x
Looks like you're enjoying reading