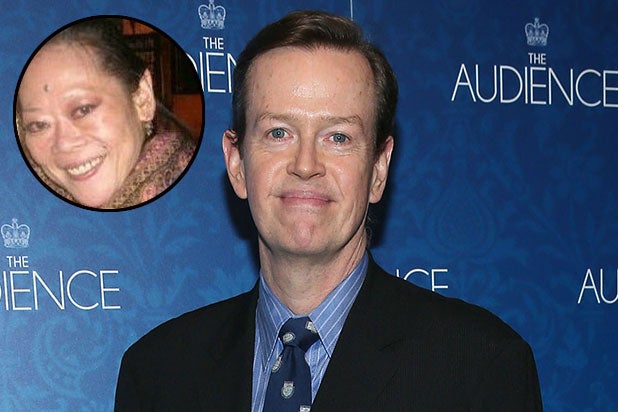 Vivian Eng, the woman whom “Spider-Man 2” actor Dylan Baker attempted to rescue from their burning high-rise apartment building in the Hell’s Kitchen neighborhood of New York City, has died from her injuries. She was 51.

Eng was a dancer in a number of Broadway and other stage ensembles, including “The King & I,” “Precious,” “Away We Go,” and “Barney Live! New York City.”

Baker, known for his role as Dr. Connors in “Spider-Man 2” as well as a recurring role on CBS’s “The Good Wife,” had attempted to rescue his neighbor Eng from a fire that broke out in her apartment on Tuesday.

According to NBC New York, Baker was returning to his home on the 33rd floor of a high-rise on West 43rd Street just before 4:30 p.m. on Tuesday, when he noticed flames coming from his neighbor’s apartment. “When I opened the door, it was a full-fledged fire,” he said. “It was terrifying.”

“I banged on the door and shouted her name,” Baker continued. “I opened her door — I was surprised to find it open — and there were flames everywhere, and smoke was coming out at me so I had to slam the door.” Still not being able to find her, he hurried his family out of the building while calling 911. The fire department arrived moments later and got the fire under control.

Firefighters found Eng unconscious on the floor of her apartment, according to NBC. She was admitted to the burn unit of New York Presbyterian Hospital, but she died Wednesday from burns to the head and torso and smoke inhalation, according to the city’s Medical Examiner’s Office.

Local fire marshals said the fire had started from “smoking materials” that hadn’t been extinguished properly, according to Playbill.

Baker has also starred in “Anchorman 2: The Legend Continues” and “Spider-Man 3,” as well as appearing on TV shows like “The Mentalist” and “Chicago Fire.”