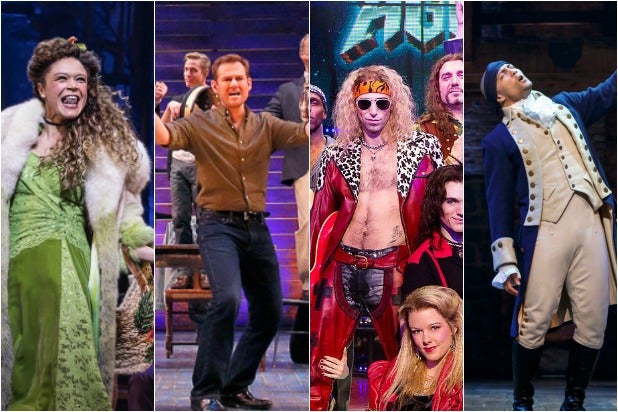 Scores of New Yorkers who expected to miss out on Broadway shows because of the massive power outage that hit Manhattan Saturday night were instead treated to the casts of numerous musicals performing in the streets.

When authorities evacuated Broadway theaters during the blackout, forcing 10s of thousands of theatergoers into the streets, the casts from “Hadestown,” “Hamilton,” “Rock of Ages” and “Come From Away” joined them by literally taking their shows on the road.

“When the NYC #blackout hit the Walter Kerr tonight, André and the company had to take this party to the streets!” “Hadestown” cast member Kimberly Marable posted on Twitter along with a video of Tony winner André De Shields singing up a storm.

When there’s a blackout at @hadestown we take the party outside! #oohitsablackout pic.twitter.com/DCOwQWqRaq

And they weren’t the only ones to insist “the show must go on.”

Reminding everyone that “it’s important to come together in times of darkness,” the cast of “Come From Away” continuing their performance outside the Gerald Schoenfeld Theatre.

The cast of “Hamilton” sang to the folks on the street from the windows above Rodgers Theater, which was captured by Twitter user Antony at @lemonfuzz, while the “Rock of Ages” cast performed the show’s closing number, Journey’s ”Don’t Stop Believin,” to the street.

@cnn @HamiltonMusical was cancelled due to the blackout. The cast sang to us from above the Rodgers Theater in NY. It was awesome! pic.twitter.com/HV6cf1tTzG

A spokesman for electric company Con Edison said that more than 42,000 were without power as of 8 p.m. ET. A fire at an electricity transformer was the cause of the outage, Fire Department of New York officials said. Power was almost completely restored by the end of the night.