Data gathered by the Broadway League and released today indicate this plunge in revenue, which comes out to Broadway being down by 54%. That same percentage marks the difference in audience attendance, which hit a record high of 14,768,254 in 2019 and fell to 6,729,143 this past year.

The 2021-2022 season — which marked the return of Broadway since COVID struck — did not start at the regular time due to delays of the COVID pandemic, making it 10 weeks shorter than it has been in the past. Sixteen out of those 42 weeks saw numerous cancelled performances, including during the Christmas and New Year’s holidays. 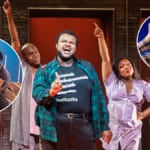 Available seats filled during the shorter season came out to 82%. In total, 56 shows played on Broadway for this latest season — 34 new shows, 17 continuing shows and 5 returning projects. There were 24 plays, 29 musicals and 3 specials.

The 35 productions that reported data last week for Broadway include “Aladdin,” “American Buffalo,” “Beetlejuice,” “Birthday Candles,” “The Book of Mormon,” “Chicago,” “Come From Away,” “Company,” “Dear Evan Hansen,” “for colored girls who have considered suicide/when the rainbow is enuf,” “Funny Girl,” “Girl From The North Country,” “Hadestown,” “Hamilton,” “Hangmen,” “Harry Potter and the Cursed Child,” “How I Learned To Drive,” “The Lion King,” “MJ,” “The Minutes,” “Moulin Rouge!,” “Mr. Saturday Night,” “Mrs. Doubtfire,” “The Music Man,” “Paradise Square,” “The Phantom of the Opera,” “Plaza Suite,” “POTUS,” “Six,” “The Skin of Our Teeth,” “A Strange Loop,” “Take Me Out,” “Tina,” and “Wicked.” 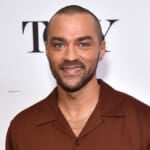