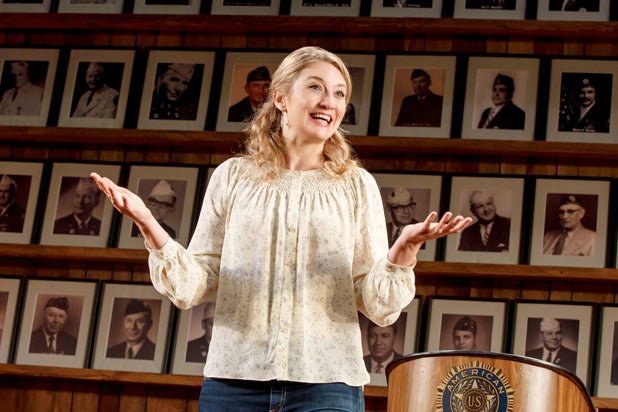 Actress-playwright Heidi Schreck’s acclaimed play “What the Constitution Means to Me,” which earned two Tony Award nominations during last year, is the latest Broadway hit to head to an online streaming service.

A filmed version of Schreck’s play, directed by Marielle Heller (“A Beautiful Day in the Neighborhood”) last summer during the final week of the show’s five-month run at Broadway’s Helen Hayes Theater, will premiere on Oct. 16 on Amazon Prime, the company announced Thursday. The show is expected to stream in more than 240 countries worldwide.

Amazon Studios has also signed a new overall deal with Schreck to create content that will premiere exclusively on Prime Video.

Also Read: 'What the Constitution Means to Me' Broadway Review: A Timely Blend of the Political and Personal

Schreck also stars in the play, relating how she earned her college tuition as a teenager by winning Constitutional debate competitions across the United States. She resurrects her teenage self to trace the profound relationship between four generations of women and the founding document that shaped their lives. The play earned two Tony nominations, for Best Play and Best Actress.

In its review of the show, TheWrap said, “Schreck is an engaging storyteller with a delivery that seems improvised even when she is sticking to her winding but always-focused script. Again and again, she manages to explore the politics of constitutional rights through the lens of the personal.”