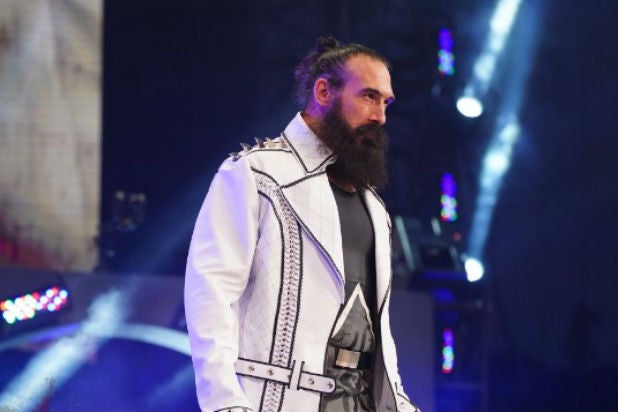 Jonathan Huber, a professional wrestler with both WWE and All Elite Wrestling who was best known under his ring names Brodie Lee and Luke Harper, died Saturday from undisclosed causes. He was 41.

His death was made public by All Elite Wrestling, with whom Huber had been signed since March.

“The All Elite Wrestling family is heartbroken. In an industry filled with good people, Jon Huber was exceptionally respected and beloved in every way — a fierce and captivating talent, a thoughtful mentor and simply a very kind soul that starkly contradicted his persona as Mr. Brodie Lee,” the organization said in a statement.

“Jon’s love for his wife Amanda, and children Brodie and Nolan, was evident to all of us who were fortunate to spend time with him, and we send our love and support to his beautiful family, today and always,” the statement continued. “Jon’s popularity among his peers and influence on the wrestling word was worldwide and transcended AEW, so this loss will be felt by many for a long time.”

While his cause of death has not been made public, Wrestling News reported Saturday that Huber’s wife said in a statement on Instagram that he had recently become ill.

Born in Rochester, New York, in 1979, Huber began his career as a backyard wrestler in the late 1990s. He was signed to Rochester Pro Wrestling in 2003, where he came up with his Brodie Lee ring name as a tribute to the character Brodie Bruce, played by Jason Lee in Kevin Smith’s 1995 movie “Mallrats.”

In 2007, Huber began wrestling for Philadelphia-based wrestling promotion Chikara and for Syracuse, New York-based Squared Circle Wrestling, and the next year added Jersey All Pro Wrestling and independent matches to his résumé.

Huber signed a development deal with WWE in 2012 and began using the new ring name Luke Harper that year. Primarily associated with the Wyatt Family stable, Huber remained with WWE until December 2019. Around that time, he registered a trademark for Brodie Lee, and in March of 2020 made his debut under that name with All Elite Wrestling.

I’m so deeply sorry for the loss of Jon Huber. We bonded over the love of our children. He was a true family man. #RIPBrodieLee

So much pain comes with losing someone like Jon. But everywhere I look, I see an entire industry paying respect and showing love to him. That alone shows what an incredible man he was. #RIPBrodieLee pic.twitter.com/1QZbUqSS61

Gutted to hear about Jon passing away. He saved me from a broken neck. He would get so mad when I pulled up a chair for him to sit in and referred to him as ‘Taker-sir.’
“You’re gonna get me heat, kid.”

Condolences to his family and peers that loved him dearly. #RIPBrodieLee

One of the Best Men I ever had the pleasure of working with as well as one Great Husband, Father and Friend. Words Can’t express my Hurt for his Family Please keep them all lifted in Prayer #RIPBrodieLee

One of the first men I was able I train with after I was signed in 2016.

A compilation of discuss clotheslines from Brodie Lee aka Luke Harper.

The guy made every move look impactful as hell. I’m gonna miss seeing these 😢#RIPBrodieLee