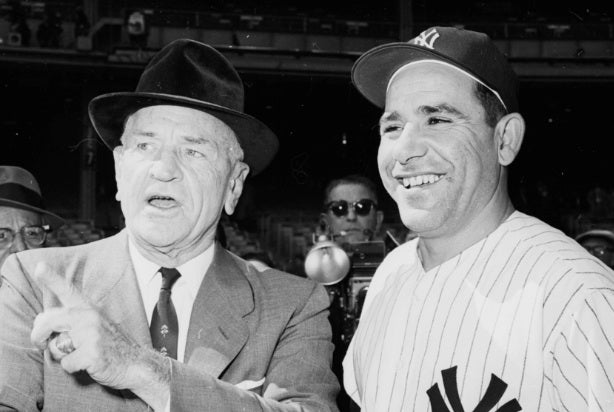 The boys in pinstripes are hitting the Great White Way.

“Bronx Bombers” a new play written and directed by Eric Simonson, will begin performances on Broadway starting next year, and will use the story of baseball legend Yogi Berra to shine a light on the sport’s most successful franchise. It does so with the blessing of the sport it dramatizes.

The New York Yankees and Major League Baseball will participate in the show as special producing partners, marking these organizations’ first foray on Broadway.

Peter Scolari, the star of “Bosom Buddies” and “Girls,” will take on the role of Yogi, the star catcher with a flare for malapropisms. The actor was last seen on Broadway in “Lucky Guy.” Scolari’s wife Tracy Shayne will take on the role of Carmen Berra. She returns to Broadway following performances as Roxie Hart in “Chicago,” Cosette in “Les Miserables” and multiple roles in “A Chorus Line.”

Fran Kirmser and Tony Ponturo will produce the play, which will be performed at Circle in the Square Theater.