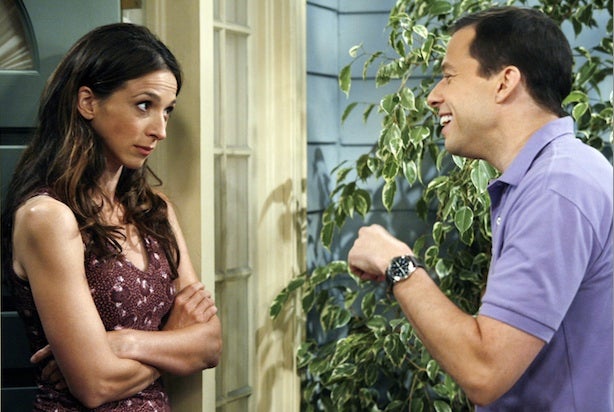 Marin Hinkle, best known for playing Jon Cryer‘s disapproving ex-wife on “Two and a Half Men,” will take her withering looks to the Off-Broadway stage in the Roundabout Theatre Company’s upcoming revival of “Dinner with Friends.”

In addition to spending nine seasons on the CBS sitcom smash, Hinkle has extensive theater credits including  Broadway productions of “Electra” and “A Thousand Clowns” and such Off-Broadway shows as “Graceland” and “Miss Julie.”

“Dinner With Friends” won the Pulitzer when it premiered in 2000. It’s a wry and witty look at two couples who are close friends, but are forced to grapple with the unexpected collapse of one of their marriages.

Performances begin on January 10, 2014 and opening night is February 4, 2014 at the Laura Pels Theatre
in the Harold and Miriam Steinberg Center for Theatre.