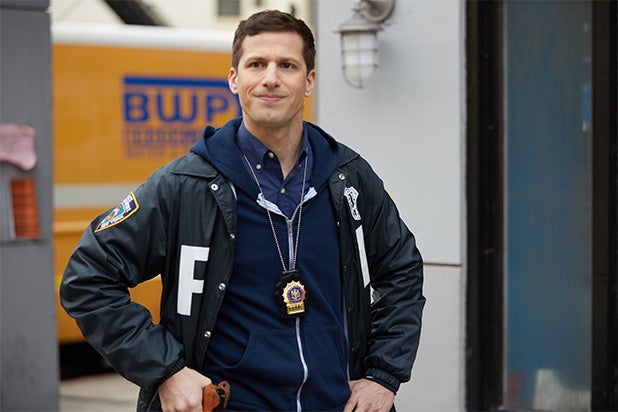 “Brooklyn Nine-Nine” fans rejoiced last week when NBC saved the Fox-canceled sitcom, picking up Season 6 for a midseason start. Among the extended “squad” members doing a happy dance was TBS president Kevin Reilly, who many thought would have a shot at bringing the critically acclaimed comedy to TBS since he developed the show during his time at Fox.

“I never even had the chance” to bid on the Universal Television series, Reilly told a group of reporters on Wednesday after Turner’s upfront event. Fox canceled “Brooklyn Nine-Nine” on Thursday, and fans erupted over the unpopular decision. By Friday, NBC announced it was bringing to show to its own airwaves.

With “Brooklyn Nine-Nine” only in the TV graveyard for one day, it would’ve been a quick call for Reilly. “I did get some incoming calls. I would’ve considered it, but I wasn’t going to do it overnight,” he added.

The Turner Entertainment Networks chief operating officer further stated that “Brooklyn Nine-Nine” belongs on NBC since the show literally belongs to NBCUniversal. “Good for NBC, they stepped up,” he continued. “It’s their show and their studio.”

Nevertheless, Reilly was “very excited” that the show will come back for at least one more season. “It’s great people and great talent.”

Reilly elaborated a bit more on “Brooklyn Nine-Nine,” stating that they do own syndication rights to the cop comedy. “I’m not sure that there would be that much more value to have the originals,” he told TheWrap. While Turner’s TBS network has rescued canceled sitcoms in the past including “Cougar Town” and “American Dad,” Reilly said they’re more focused now on their own development pipeline.

Also Read: TNT's 'The Last Ship' to End After Season 5

“TBS was a network that was about acquired product. We have taken huge steps to make it place that is about original product,” he continued. “It’s hard to then go back.”

However, he admitted that if he had an opportunity to rescue an animated series like Turner did with “American Dad” — which he actually canceled while he was the entertainment chief at Fox —  Reilly would “pick that up in a heartbeat.”