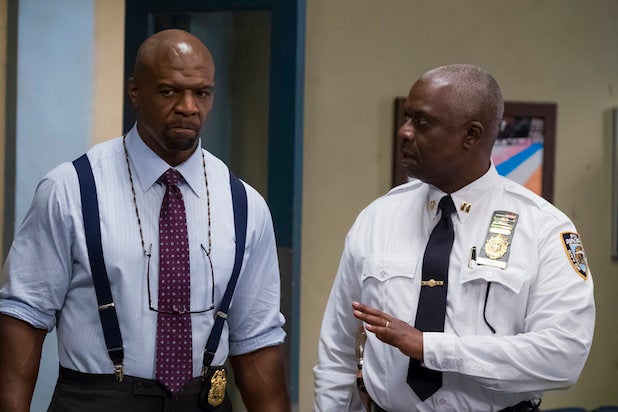 While we previously knew that fresh episodes of the critically-acclaimed comedy would be arriving on its new home network at midseason, this is the first concrete evidence we’ve had about exactly when the 99th precinct will be cracking down on crime on NBC, after being canceled by Fox in the spring.

“This is the deal, man. I’m so happy, man,” Crews says in the short clip. “‘Brooklyn Nine-Nine’ is coming back in January on NBC.”

NBC declined TheWrap‘s request for comment on the Andy Samberg and Andre Braugher-led comedy’s sixth season premiere date. However, an individual with knowledge of the decision told TheWrap that an official announcement on the series’ NBC debut is coming soon. So we’ll find out soon if Crews is right.

VIDEO | Terry Crews just announced on instagram live that Brooklyn Nine-Nine will be back with season 6 in January!! pic.twitter.com/85C2lj8Znm