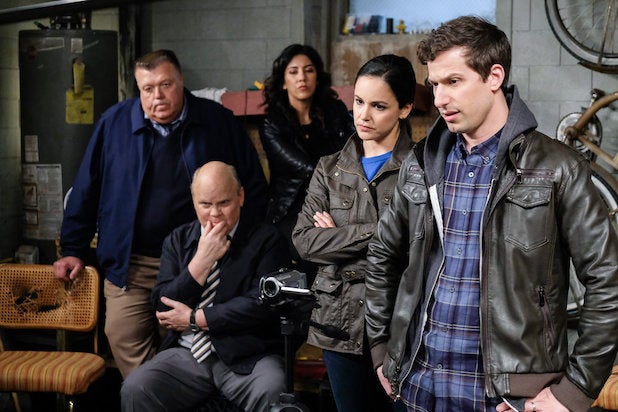 Nine-Nine! NBC has renewed “Brooklyn Nine-Nine” for Season 8 ahead of the comedy’s seventh season premiere in February, the broadcast network announced on Thursday.

The former Fox show’s upcoming Season 7 debuts Thursday, Feb. 6 at 8/7c on NBC with a special hour-long episode. The 99th precinct then shifts to their regularly scheduled 8:30 p.m. time slot beginning on Feb. 13.

Season 7 will mark the Andy Samberg and Andre Braugher-led series’ second on NBC (and then Season 8 its third, obviously), as the show switched networks following its May 2018 cancellation at Fox. NBC revived the show a day after its original network gave it the ax and premiered “Nine-Nine’s” 18-episode sixth season in January 2019.

Over its sixth season, “Brooklyn Nine-Nine” averaged a 1.2 rating among the key adults 18-49 demographic and 3.2 million total viewers, according to Live + Same Day data from Nielsen. That puts the overall-eyeballs tally +15% versus the show’s fifth season, which aired on Fox.

According to NBC, “After 35 days of linear and digital delayed viewing, the show last season grew to a 3.1 rating in 18-49 and 6.4 million viewers overall, with 59% of that 18-49 rating coming from nonlinear sources,” making it the No. 1 “biggest digital percentage for an NBC series last season.”

“Nine-Nine” was also the No. 1 “most-social” primetime comedy series on television for the 2018-19 season, earning 9 million total interactions across Twitter, Facebook and Instagram, according to Nielsen’s social data.