Will be allowed to serve his sentence in his home state of Virginia.

Singer Chris Brown was sentenced on Tuesday to five years probation and 180 days of "labor-oriented" service for the February beating of R&B star Rihanna. 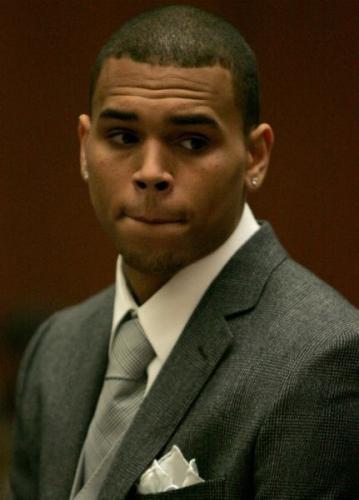 A distinction was drawn by Los Angeles Superior Court Judge Patricia Schnegg between actual physical labor and mere community service. The physical labor would include tasks such as garbarge pickup and graffiti removal.

Brown will be allowed to serve his sentence in Virginia, his state of residence. In addition, he must complete domestic violence counseling.

Under terms of the probation, he could be sent to state prison for violating any terms of his sentence, including an order to not come closer than 100 yards to Rihanna for the next five years, or within 10 yards at an event, such as an industry awards show.

He also was fined $2,500 in probation expenses and has been ordered to reappear in court on Nov. 19 for a progress report.

The sentencing was initially scheduled for Aug. 5, but was moved back so Schnegg could get a clear picture of Brown’s hard labor schedule, since he had requested transferring his probation to another state.

Police arrested the 20-year-old pop singer in February after he attacked Rihanna, 21, in a rented Lamborghini while the pair drove to a pre-Grammy party.

Punching and choking the Barbados-born performer, he threatened to beat her further as well as to kill her.

Brown has expressed public regret at his actions and has explained he grew up in a home where he witnessed instances of domestic violence.