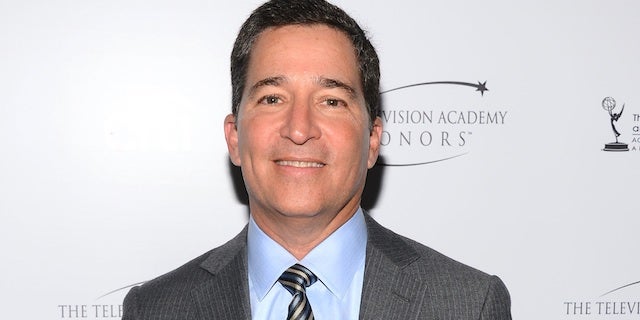 Following an announcement earlier this week that Warner Bros. is overhauling its television and home video operations, exiting Warner Bros. Television Group CEO, Bruce Rosenblum sent a memo to his colleagues expressing his pride in his team's accomplishments and gratitude to long-time boss Barry Meyer.

He did not mention Warner Bros. CEO Kevin Tsujihara, who took the reins from Meyer a few months ago  after a protracted "bake-off" between Rosenblum, Tsujihara and film studio head Jeff Robinov.

It is with a heavy heart that I write to let you know that, following several months of uncertainty, my 26-year run at Warner Bros. has come to an end.

I have had the pleasure of working alongside the most talented, creative and innovative people in our business … from our executives and staff to the amazing group of creative talent both in front of and behind the cameras.  Each of your contributions helped Warner Bros. set the standard for excellence in the television industry.  The magnitude of what you have accomplished has been and continues to be a truly meaningful contribution to Warner Bros.’ overall success and a matter of great pride to myself.

But, for all of our success, what I will take with me are the memories of our team, our culture, and the exceptional creative storytelling that we helped, in some small part, share with the world.   I will also take with me all of the relationships and friendships I’ve enjoyed at our great company.

I was fortunate and honored to spend the past 26 years at Warner Bros.  I was especially fortunate to have Barry as my mentor and friend for my entire time here at the studio … I want to thank him for everything he did for my family, our company and me during his tenure as chairman and CEO.

I look forward to my future adventures and I am encouraged in knowing that wherever they may be, they will ultimately allow me to cross paths with many of you again.

I truly wish each and every one of you the best in the years ahead.  I encourage you to embrace the opportunity to build upon our company’s legacy of television success.

As you can imagine, this is not an easy departure for me, but one that is right for the company, and ultimately my family and me.

With great appreciation, admiration and respect,

Instead of naming a replacement for Rosenblum, the studio will run the operations by committee.

Jeffrey Schlesinger will now serve as president, Warner Bros. Worldwide Television Distribution. He also will continue to be responsible for the business operations of Warner Bros. International Television Production.

All three will report to Tsujihara. The position is a plum one for the three executives as television remains the media conglomerate's biggest source of revenues and profits.

Rosenblum's departure had been presumably in the works since Tsujihara, the former president of the company's home entertainment unit, was upped to CEO in January, officially replacing Meyer on March 1.

Rosenblum joined the company in 1989, part of its acquisition of Lorimar Pictures. Although many in the company viewed him as the obvious choice to replace Meyer, Tsujihara's work in the digital space gave him the upper hand.

"Obviously, I'm disappointed; who wouldn't be?" Rosenblum said in a statement in January. "Warner Bros. is a unique and special place and I know it will be in good hands with Kevin at the helm. I continue to be proud of our accomplishments and I have the most respect and admiration for our amazing team at the studio — a team that is thriving in an ever-transforming business."