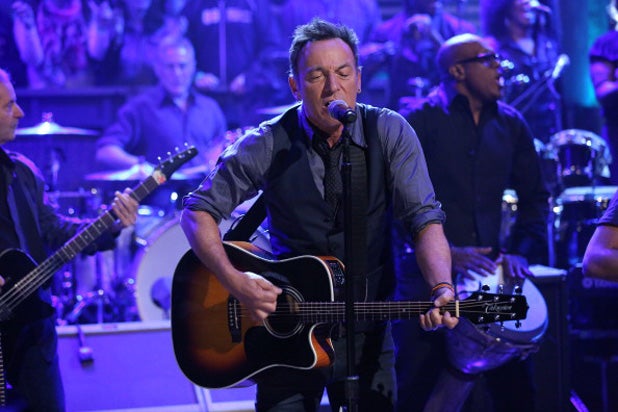 Baby, he was born to deceive?

Bruce Springsteen admits he’s “tinged with a bit of fraud” in an excerpt from his upcoming memoir, “Born to Run,” that the singer published on his website Tuesday.

In the passage — the foreword to the autobiography, due in stores September 27 — Springsteen characterized himself as “a member in good standing amongst those who ‘lie’ in service of the truth.”

“I come from a boardwalk town where almost everything is tinged with a bit of fraud. So am I. By twenty, no race-car-driving rebel, I was a guitar player on the streets of Asbury Park and already a member in good standing amongst those who ‘lie’ in service of the truth . . . artists, with a small ‘a,'” Springsteen wrote in the foreword.  “But I held four clean aces. I had youth, almost a decade of hard-core bar band experience, a good group of homegrown musicians who were attuned to my performance style and a story to tell.”

In the snippet, Springsteen also offers a “Rock ‘n’ Roll Survival Kit” for those who might to walk in his not-entirely-authentic footsteps.

The guide, in all of its fanciful styling, reads like lyrics that might be contained in a song by an artist far less plainspoken than Springsteen.

Also Read: Bruce Springsteen Shakes Some Ass With His Mother in Concert (Video)

Oh, ho, ho, he’s on fire. Or at least his pants are, apparently.

“Born to Run” hits shelves — uhh, the warehouses of your preferred e-tail giant — on September 27.