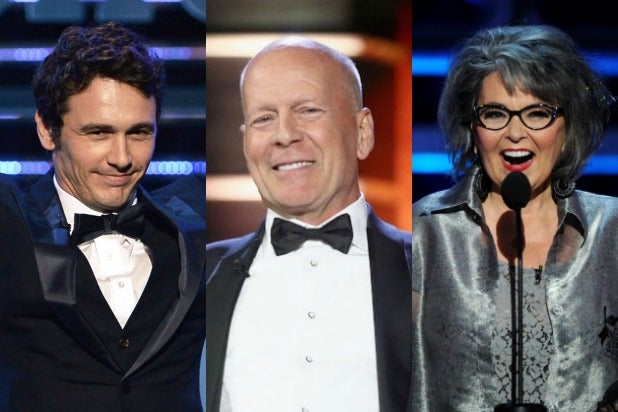 See how each of those did here.

Sunday’s all-in sum, which had the benefit of a simulcast and a re-air, brought in 17 percent more overall audience members than Lowe’s roast, which was the last one Comedy Central did. Among adults 18-49, last night’s special grew 21 percent from the “Code Black” star’s.

On Comedy Central alone, Willis performed 23 percent better in the advertiser-coveted demographic than Lowe had on Labor Day 2016.

The “Die Hard” star’s turn was big on social, as ad-supported cable’s top entertainment program on Twitter, with #BruceWillisRoast trending at the very top. The special reached 15 million people on Facebook.

Immediately after the “Roast of Bruce Willis” debut, the Season 3 start for “Jeff Ross Presents: Roast Battle” scored an all-time high of 810,000 viewers, up 63 percent compared to the prior season premiere and marking Comedy Central’s highest-rated season premiere of 2018.