Disney chairman Rich Ross has ordered up a rather significant haircut for producer Jerry Bruckheimer’s fourth installment of “Pirates of the Caribbean.” 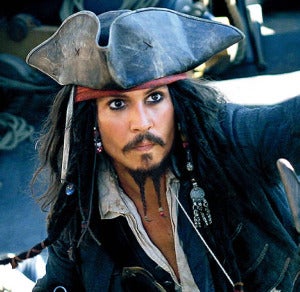 With the last leg of the franchise, 2007’s “At World’s End,” costing a staggering $300 million to shoot, and with DVD revenue cratering since that time, the studio wants to dramatically reduce shooting days and visual effects shots, as well as take advantage of locations tax breaks, a Disney official confirmed.

Quoting Bruckheimer, the Los Angeles Times reported that shooting days on the film will be reduced from 142 on “World’s End” to somewhere between 90-95. Visual effects shots will be trimmed from 2,000 to 1,300-1,400, and the movie will be shot in Hawaii and London, where tax breaks can be realized.

Titled "On Stranger Tides," directed by musical maven Rob Marshall, the fourth "Pirates" is due to premiere in North American on May 20, 2011, starring Johnny Depp, Penelope Cruz, Ian McShane and Geoffrey Rush.

According to the Times report, as part of Bruckheimer’s larger deal with Disney, the studio may ask the producer to tap into several hundred million dollars in outside funding to help movies like "Pirates 4" get made going forward.