The Chin is back.

Less than a year after signing off as host of "The Tonight Show," Jay Leno returns to the late-night battlefield Monday, bruised and battered from the spectacular failure of his primetime show and the collateral damage caused by NBC’s controversial decision to dump Conan O’Brien.

Plenty is at stake for Leno, who no doubt wants to quickly rebuild his rep as Mr. Nice Guy and reclaim his status as America’s first choice in late night.

Likewise, much is on the line for NBC. Executives are praying that no long-term damage has been done to the network’s iconic late-night franchise, while hoping that the end of Leno in primetime will clear the way for a much-needed ratings recovery.

Will Jay regain his ratings crown?

For the first week of "Tonight 2.0," almost certainly. NBC has been promoting Jay’s return heavily during the Olympics. And Leno has booked a slew of Olympic medalists for his first week of shows. Add in the rubbernecking factor, and it’s hard not to see Leno doing quite well his first week back at 11:35 p.m.

After that, however, TV industry opinion is far from unanimous.

Many observers believe there’s no reason Leno shouldn’t once again finish ahead of David Letterman, Jimmy Kimmel and "Nightline" — if not immediately, at least in the long run.

"The average median age of Jay Leno on  ‘The Tonight Show’ was 54," longtime media analyst Steve Sternberg noted in an online report last week. "This means half of his viewers are 55 or older — generally an age group that is very loyal. There’s no reason not to expect them to happily welcome him back to his old timeslot."

Others have argued that Leno’s reputation has taken a hit with viewers. An Oprah.com poll a few weeks ago found most viewers thought Leno had wronged O’Brien by accepting NBC’s offer to return as host of "Tonight."

We’re not so sure viewers will hold a grudge against Leno. But that doesn’t mean it’s a straight line back to No. 1 for the Chin.

Remember, Leno’s been out of the late-night game for nearly a year now — and once-loyal viewers were given the chance to sample the competition. Leno lovers who checked out Letterman or "Nightline" in Jay’s absence from 11:35 might not all be so quick to return to old habits.

What does Jay’s return mean for Dave?

After spending the past decade a consistent No. 2 to "The Tonight Show," Letterman finally pulled ahead of the NBC show in overall viewership during the Conan era (though Coco still won among viewers under 50). Now, with Jay back in the game, Letterman could soon be back to runner-up status.

But so what? Letterman’s been red-hot in the past year, winning critical praise and pop culture buzz for his feud with Palin, his interview with President Obama and that awesome Super Bowl promo with Leno and Oprah. And while Tiger Woods will be in image rehab for years, Letterman’s all-cards-on-the-table handling of last fall’s sextortion scandal hasn’t seemed to hurt him at all.

With retirement a real possibility in 2012, Dave’s best bet now is to forget about the ratings race, knock off the anti-Jay jokes and focus solely on his legacy.

Conan’s online army of loyalists have been urging top celebs to stay away from "Tonight" as a show of solidarity with O’Brien. And at least one — Conan pal Will Ferrell — has indicated he plans to do just that, telling one radio station he’d probably fake illness if Leno asked him to appear.

A few other stars can probably forget about ever getting an invite to sit on Leno’s couch any time soon. Rosie O’Donnell was outspoken (Is she ever anything but?) in her slams against Leno during Late Night Crisis 2010. Comic Patton Oswalt also was vicious in his anti-Jay diatribes during the War.

For the most part, however, Leno should have no problem attracting A-list talent to "Tonight." Already booked for his first few weeks: Sarah Palin, Jamie Foxx, Morgan Freeman, Simon Cowell … and the cast of "Jersey Shore."

Will Jay try to shake things up creatively?

Those who know Leno best say one reason he opted against jumping to ABC when NBC gave "Tonight" to Conan was because he didn’t want to shake up his routine. So 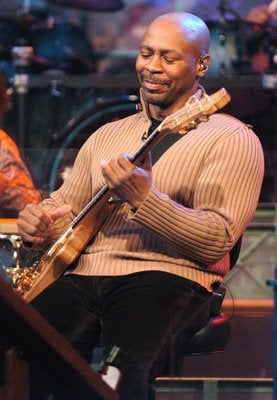 why would he make changes to a formula that’s worked for so long?

Odds are, he won’t. But it’s possible all the critical slams against "The Jay Leno Show" might have hurt more than Team Leno would ever admit.

Already, Leno has shaken things up slightly by announcing the departure of announcer John Melendez and the likely eventual exit of bandleader Kevin Eubanks. It’s possible these are cost-cutting moves, but perhaps the last year has lit a creative spark under Leno that could result in a renewed vigor from the Chin.

One tell-tale sign could come in the first few minutes of Leno’s "Tonight Show" return. If Leno chooses a clever cold open poking fun at the past year, it might signal he’s ready to stir the pot a bit.

Will Jay ever retire? And is Jimmy Fallon his new heir apparent?

Leno turns 60 in April, which in TV years is about 95. Nonetheless, Leno’s tenacity during his behind-the-scenes battle with Conan seems only to underscore what most showbiz insiders have long thought about his "Tonight" tenure: It will end only when Leno is carried away offstage in a wooden box.

Assuming his ratings remain solid, bet on Jay sticking around for at least another four or five years. Fallon, who’s celebrating a year as host of "Late Night" this week, is certainly well-positioned as an eventual successor to Leno — but making predictions on late-night transitions after what’s just transpired seems particularly foolish.

Besides, given what happened to O’Brien when he dared to dream of replacing Leno, Fallon probably isn’t thinking more than a few months ahead these days.