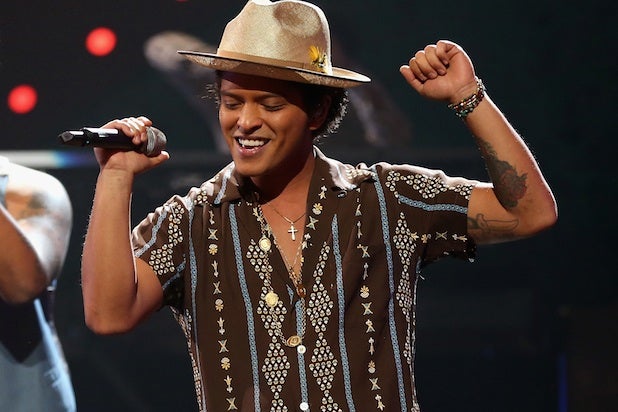 Bruno Mars will perform at the MTV European Music Awards in Amsterdam, which will air Nov. 10 at 7/6c on MTV in the U.S.

Currently on his “Moonshine Jungle Tour,” Mars will perform a song from his latest album, the multi-platinum “Unorthodox Jukebox.”

He is nominated in three EMA categories this year: Best Song for “Locked Out of Heaven,” Best Male Artist and Best U.S. Act.

Also read: Miley Cyrus to Take Her Twerk-tastic Self to the MTV EMAs