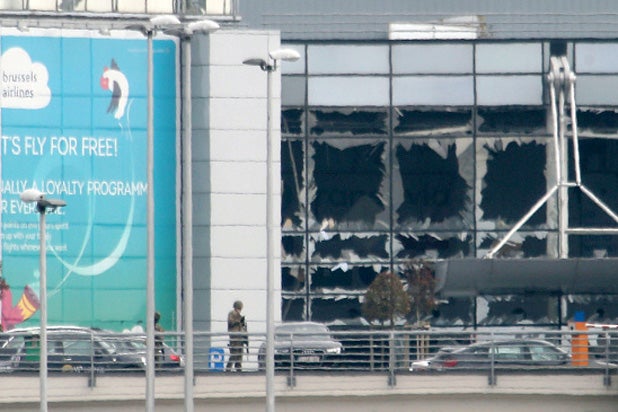 Islamic State has claimed responsibility for the bombings in Brussels on Tuesday, according to a news agency affiliated with the group.

According to Reuters, the AMAQ agency wrote, “Islamic State fighters carried out a series of bombings with explosive belts and devices on Tuesday, targeting an airport and a central metro station in the centre of the Belgian capital Brussels.”

The death toll and injury count also continues to rise. CNN most recently reported at least 34 people had died and about 170 more have been injured.

Brussels was rocked Tuesday morning by a series of terrorism attacks, including two explosions at the airport and one at a subway station in the Belgian capital. Initial reports suggested that the death toll could be as high as 28.

Belgian federal prosecutor Frederic Van Leeuw said one of the explosions at the airport was likely caused by a suicide bomber, according to NBC News. He also said it was too soon to give a precise victim count.

Brussels officials raised the terror threat level to four, the highest level. They also shut down all public transportation in the city and advised locals to stay indoors; security was heightened throughout Europe in the wake of the attacks.

The first explosions occurred at around 8 a.m. local time, both just outside and inside the departures area of the Brussels airport, according to news reports, and well before people would reach the airline security checkpoints.

NBC News reported that the explosion happened near the check-in area of Departure Hall 1, which is used by international carriers including American Airlines.

About an hour later, another explosion took place at the Maalbeek metro station, located near European Union headquarters buildings in the heart of the Belgian capital.

Photographs posted on social media captured the aftermath of the explosions, with shattered glass and roof tiles scattered at the airport terminal and other signs of destruction. Other images showed passengers covered in blood and soot.

The attacks come four days after the arrest of Salah Abdeslam, the main surviving suspect in last November’s deadly terrorist attacks in Paris that killed 130 people and injured 368 others.

Belgian authorities were still seeking at least two of Abdeslam’s suspected accomplices, according to the New York Times. They included 24-year-old Najim Laachraoui and 31-year-old Mohamed Abrini, who was caught on a security camera with Abdeslam at a gas station near Paris two days before the Nov. 13 attacks.