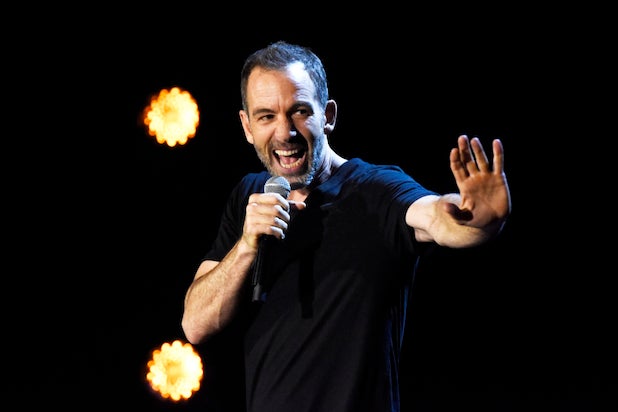 “Schooled” actor Bryan Callen has been dropped as a client by his agents at CAA, three weeks after he was accused of rape and sexual assault by multiple women.

Additionally, Innovative Artists has also dropped Callen, according to the Los Angeles Times. Reps for the agency did not immediately respond to TheWrap’s request for comment. Callen was repped by CAA for his stand-up comedy and Innovative for acting jobs.

In July, Callen, who has also appeared on “Goldbergs” and “MADtv,” was accused by four women of varying degrees of sexual misconduct including harassment, assault and rape in a report published by the Los Angeles Times.

Callen has denied all of the allegations against him in a statement, saying he has “never raped, forced myself upon a woman nor have I offered to trade stage time for sex. EVER.” He also characterized the night with Tigerman as a “date” and called the rape accusation “demonstrably false” in response to the Times. (You can read his full statement here).

Former “MADtv” star Katherine Fiore Tigerman said the comedian raped her in 1999 when she first moved to Los Angeles to shoot a pilot. Tigerman said the incident took place at Callen’s apartment following what was meant to be a celebratory dinner between friends. She told the Times that Callen held her down and raped her while she repeatedly told him “no.”

Another woman, a fellow stand-up comedian, said Callen offered to trade stage time and money in exchange for oral sex. The other accusations included in the piece included a former sales associate who said Callen forced himself on her in a store dressing room and a woman who said she had a four-year affair with Callen during which he told her women have a “biological, primal desire to be raped.”

Callen most recently starred in ABC’s now-canceled spinoff “Schooled,” after first appearing on the flagship series, “The Goldbergs.” An individual close to the show confirmed that there were no plans for Callen to return for the upcoming season of “The Goldbergs.”