The cast of upcoming period drama “Trumbo” came out in style for the film’s New York City screening on Tuesday.

Bryan Cranston, Helen Mirren and Diane Lane were joined by a host of Hollywood stars at the classy event held at MoMA Titus One at Manhattan’s Museum of Modern Art. 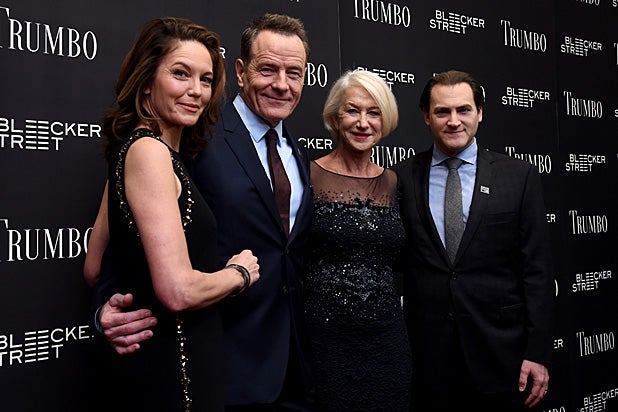 “Trumbo” tells the real-life story of blacklisted screenwriter Dalton Trumbo‘s (Cranston) as he fights to make movies during the Red Scare in 1940s and ’50s Hollywood.

Mirren plays one of the best known gossip columnists of the era, Hedda Hopper, who was famous for both her fashionable hats and her habit of  “naming names” of suspected Communists.

Two-time Oscar winner Trumbo, whose remarkable body of work included scripts for “Roman Holiday,” “Kitty Foyle” and “Spartacus,” was a man who spoke in a declamatory style — “like everything you say is going to be chiseled in stone,” as one character complains.

“He was a very theatrical man,” Cranston said during a Q&A at Toronto International Film Festival in September, “and I was worried about going too big.” 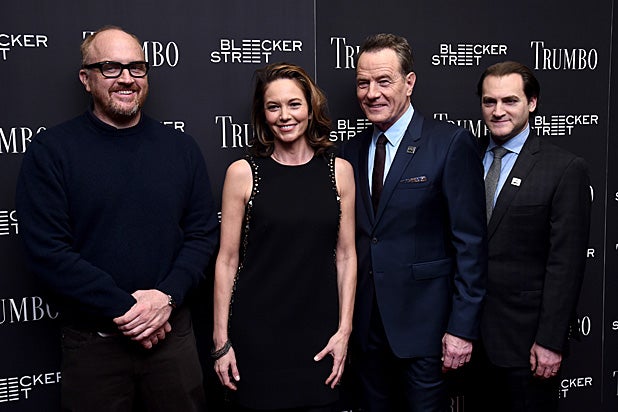 The film is directed by Jay Roach, who is also producer on the upcoming Tina Fey and Amy Poehler movie “Sisters.”

Academy and guild voters in Hollywood love movies about Hollywood, which could give “Trumbo” a boost come awards season.

The film is rife with stars and moguls, most notably Stuhlbarg as Edward G. Robinson, Christian Berkel as the imperious director Otto Preminger, David James Elliott as John Wayne and a convincing Dean O’Gorman as Kirk Douglas, who helped end the blacklist by putting Trumbo’s name on “Spartacus.” 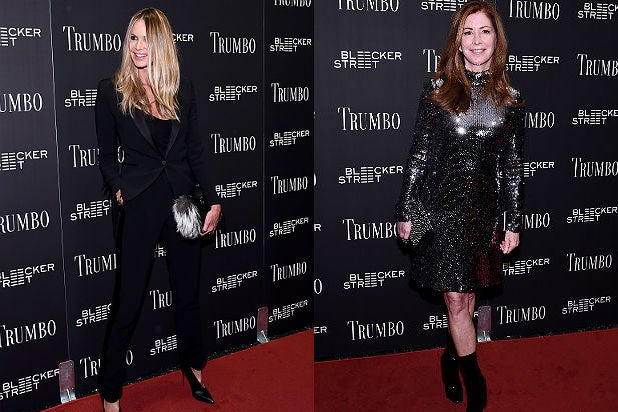