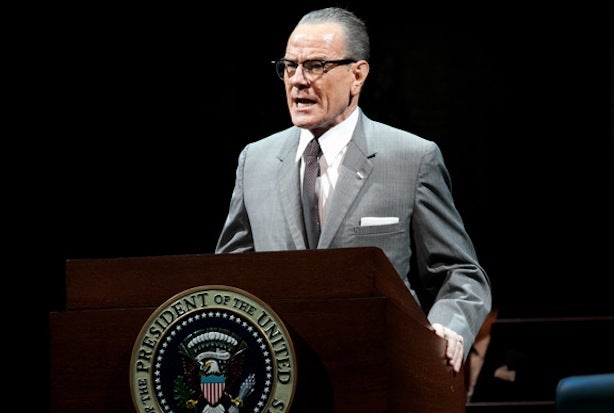 Bryan Cranston is taking his portrayal of Lyndon Baines Johnson in the new play “All the Way” to Broadway.

The “Breaking Bad” star has received strong reviews for his performance of the play at the American Repertory Theater in Cambridge, Mass. It ends its sold out run on Saturday.

“By playing Lyndon Baines Johnson, whose outsized personality has reached the level of myth, the actor proves he’s as canny a strategist with his career as Walter White and the Texan were about theirs,” Jon Magaril said in a review for TheWrap.

Producer Jeffrey Richards told the New York Times he was confident “this great new American play would find an audience in New York.” It is written by the Pulitzer Prize winner Robert Schenkkan (“The Kentucky Cycle”). At three hours, it will be one of the longest Broadway productions in years, though Richards noted it is the same length as the successful “August: Osage County,” which he also produced.

Richards also Cranston is the only actor in the Cambridge production who is confirmed for Broadway, and that the production will cost about $3.5 million. The other lead producers are Jerry Frankel and Louise Gund, and the play will again be directed by Bill Rauch, artistic director of the Oregon Shakespeare Festival, which first commissioned it.