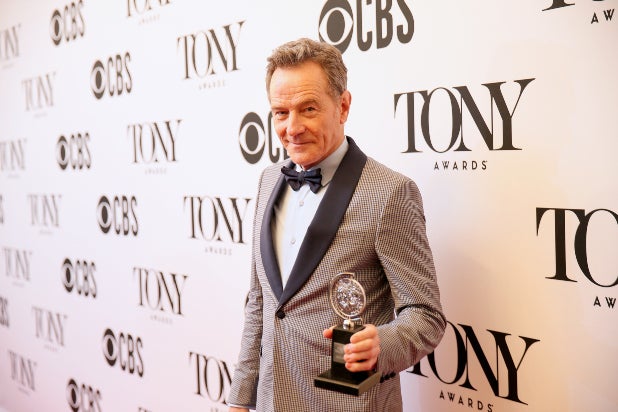 “I launched the company six years ago with an insatiable curiosity to discover unique, character-based storytelling, which has been a key to Moonshot’s success. My producing partner, James Degus, and I are excited to continue the journey at Warner Bros., where we will expand on an eclectic slate of ideas that aim to connect with the heart and mind,” Cranston said.

Moonshot has produced multiple series for Amazon, including “Sneaky Pete,” which ran for three seasons, “The Dangerous Boys” and “Electric Dreams,” an anthology based on Philip K. Dick’s short stories.

Moonshot also produced “All The Way,” the HBO film which Cranston starred in as President Lyndon B. Johnson, and “SuperMansion,” Crackle’s stop-motion animation series.

Cranston is set to star in “Your Honor,” Showtime’s limited series which he is executive producing with Degus.