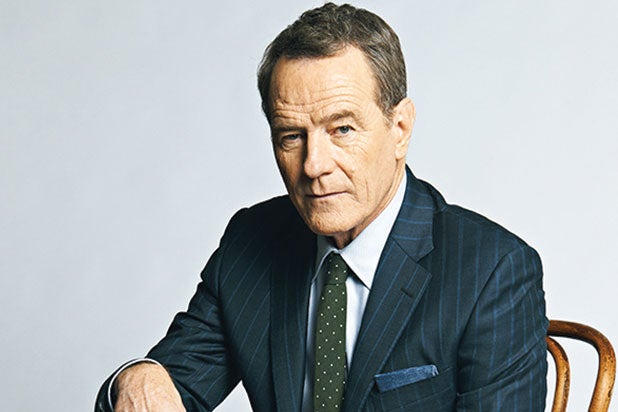 Photographed for TheWrap by J.R. Mankoff

Amazon has bought “The Dangerous Book for Boys,” a half-hour comedy from Bryan Cranston, TheWrap has learned.

Inspired by the book of the same name by Conn and Hal Iggulden, the comedy will be co-produced by Amazon Studios and Sony Pictures Television, the latter of which has a production deal with Cranston’s Moonshot Entertainment banner. Production will begin in New York later this summer.

The comedy follows a boy named Wyatt who, along with his brothers, is mourning the loss of their late father, a brilliant inventor named Patrick. The story begins when Wyatt receives a copy of “The Dangerous Book For Boys” bequeathed by his father. The book triggers Wyatt’s imagination, as he weaves a fantasy world in which he reconnects with his father and learns important life lessons.

Released in 2006, “The Dangerous Book For Boys” is a how-to guide for various activities, including building a soapbox racer, tying knots, and growing crystals. The book received acclaim for its young-at-heart spirit and received the top prize at the Galaxy British Book Awards.

The comedy was created by Cranston and “Superbad” director Greg Mottola, who will produce the series with James Degus. Mottola and Cranston will also write and direct the first two episodes of the series. This is Cranston’s third title released by Amazon, having also created the crime series “Sneaky Pete” and the upcoming anthology series “Philip K. Dick’s Electric Dreams.”

Cranston and Mottola are repped by UTA.