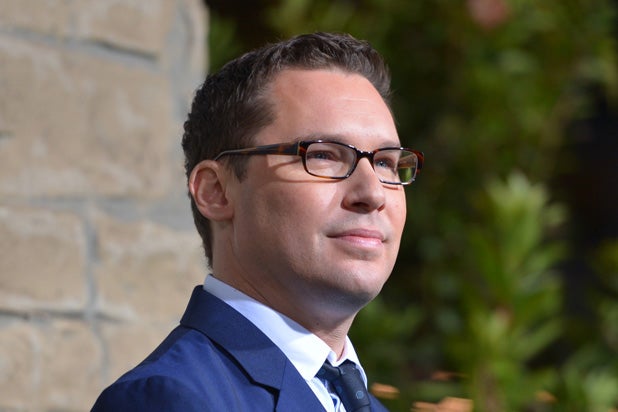 Cesar Sanchez-Guzman, who on Thursday filed a civil lawsuit claiming he was raped by “X-Men” director Bryan Singer in 2003 when he was 17, said he’s been carrying the burden of the traumatic incident for 14 years.

“I do feel that a weight has been taken off my back,” Sanchez-Guzman, now 31, told TheWrap on Friday. “I definitely feel a sense of empowerment as well. I’m angry at the situation, I’m angry at Bryan and I feel like this is definitely going to help me to get a lot better as well.”

In the suit, Sanchez-Guzman claimed that he met Singer in 2003 at a party on a yacht in Washington state hosted by Lester Waters — whom the suit described as a “wealthy tech investor who frequently hosted parties for young gay males in the Seattle area.”

Cesar-Guzman said he attended a party at Waters’ home and was asked to stay overnight so that he could join the host on his yacht the following day. “I was a 17 years old and I was excited,” Sanchez Guzman said. “I was never on a yacht before. We were consuming alcohol, even though we were underage.”

According to Sanchez-Guzman, Waters’ parties were known throughout the Seattle gay community for two things: an abundance of underage boys and alcohol.

“Seattle’s gay community was very aware of these parties,” he said. “It was a big house and the gentleman who owned the house provided the beverages — it was cool for us because we could drink.”

“I would say a good 80 percent of the boys who were there were under 18,” he said. “Once people turned 18, they stopped going to these parties because they could go to the clubs.”

After the alleged assault, Sanchez-Guzman said that Singer told him that he was a producer in Hollywood and would make him an actor if he stayed quiet about the incident. He said Singer then told him no one would believe him if he went public.

“He said, ‘If you ever come to Hollywood I can help you get in,'” Sanchez-Guzman told TheWrap. “I was actually signed with a local agency in Seattle at the time and I wanted to get into acting. But when this all happened, when he told me he could help me, I ran away from acting as far as I could. I didn’t want to have to be subjected to being around him.”

In a statement through his lawyers, Singer said he “categorically denies these allegations and will vehemently defend this lawsuit to the very end.”

The statement also cast doubt on Sanchez-Guzman’s accusations given the timing and the history of the plaintiff’s attorney, Jeff Herman, who filed two other sexual assault claims against Singer in 2014.

The first case was withdrawn when accuser Michael Egan was proven to have lied. A second accuser alleged he was assaulted by Singer during the London premiere of 2006’s “Superman Returns.” But the case was dismissed at the accuser’s request.

In addition, Herman wrote letters of apology and an paid undisclosed seven-figure monetary settlement to two Hollywood executives named in the Egan suit for making “untrue and proveably false allegations,” according to the L.A. Times.

“We are confident that this case will turn out the same way the Egan case did,” Singer’s lawyers added. “And once Bryan prevails, he will pursue his own claims for malicious prosecution.

Singer’s attorneys also questioned why Sanchez-Guzman filed the suit now, only a few years after filing for bankruptcy. “Conveniently, now that the bankruptcy court discharged all of his debts, he is able to recall the alleged events,” the statement said.

“We’re proud of Cesar for coming forward,” Dan Ellis, an attorney with Herman Law, told TheWrap. “What he want through is horrifying. Hollywood needs to be held accountable and particularly Singer.”

Sanchez-Guzman’s accusations come at a precarious time for Singer. The director was recently fired from his Freddie Mercury biopic, “Bohemian Rhapsody” after the producers said he repeatedly failed to show up on set.

Mamma Mia Figaro! We've been anticipating a movie about the life of Queen frontman Freddie Mercury for the last seven years -- when it looked like Borat himself, Sacha Baron Cohen, might play the flamboyant singer. And at long last, we got images from the film "Bohemian Rhapsody" signaling it would finally come to pass. To add to the turmoil, Bryan Singer was even fired from the film. But the film finally opens on Nov. 2. Here's a brief history of the long road the film has taken to get made.