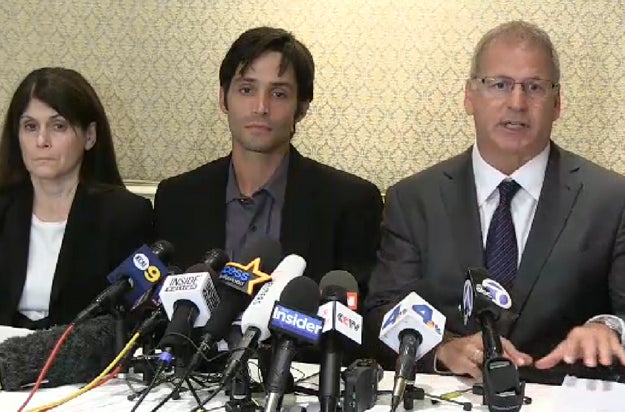 Michael Egan, who earlier this year accused “X-Men” director Bryan Singer of sexually abusing him when he was a teen, has been indicted on wire fraud charges, the FBI said Wednesday.

According to the bureau, Egan “engaged in a fraudulent investment scheme by inducing his victims to enter into various fictitious business and investment contracts” from August 2007 to February 2012.

Egan is also accused of inducing his victims to invest with him by lying about his financial background and personal assets. In one instance, the FBI said, Egan allegedly forged brokerage account statements to reflect fraudulent balances when, in reality, those accounts had no money or a fraction of the purported amount.

According to the indictment, filed in federal court in North Carolina on Tuesday, in one instance Egan furnished a “fraudulent, forged and altered brokerage account statement” claiming that he had more than $7 million in assets. In truth, the indictment said, the account was his then father-in-law’s, and the account had nowhere near a $7 million balance.

Egan’s lawsuits were eventually dismissed, and Egan found himself on the receiving end of legal woes, when Ancier filed a malicious prosecution lawsuit against Egan and his attorneys. In response, one of Egan’s attorneys, Mark Gallagher, filed a cross-complaint against Egan, claiming that if Ancier suffered injuries, they were due to “acts and/or omissions” on the part of Egan and another of his attorneys, Jeffrey Herman.

In a statement  Wednesday, Ancier’s attorney, Louise Ann Fernandez, said that Ancier will continue with his suit against Egan.

“We have maintained from the outset that Mr. Egan’s vile accusations against Mr. Ancier were lies.  Mr. Egan has since dismissed his lawsuit against Mr. Ancier; has been reprimanded for lying to a federal judge in open court; and has now been indicted by a federal grand jury for the very serious crimes of securities and wire fraud for allegedly lying to multiple investors about himself and his activities,” Fernandez said. “Mr. Ancier will continue to pursue his malicious prosecution case against Mr. Egan and his former counsel.”