In the first episode of “The Falcon and the Winter Soldier,” we learn a very important thing about James Buchanan “Bucky” Barnes: He was definitely using hook up apps at some point.

During the episode, Bucky’s friend, Mr. Nakasima, sets him up with Leah (Miki Ishikawa), a server at their regular sushi place, and the two later meet up for beers and Battleship games, where Leah asks if Bucky has been seeing anyone. “I tried the whole online dating thing… it’s pretty crazy. A lot of weird pictures,” Bucky answers — confirming that yes, Bucky apparently has an online dating profile.

Which to be honest is kind of amazing. Sure, Bucky is played by Sebastain Stan, who is objectively gorgeous, but he’s also 106 years old, he spent 1944-2014 as a brainwashed super assassin, spent 2014-2018 on the lam, and spent 2018-2023 dead along with half the universe. He definitely didn’t have a lot of time to learn how to really use social media, never mind hook up apps or even basic internet. And that’s not even factoring in that Bucky is kind of world famous by this point, even if he’s inexplicably living in anonymity somehow.

So what the hell was his profile even like?

So let’s start with the basics. First, we need to figure out which dating app he used. After all, Bucky is a particularly particular kind of person.

At first glance, Tinder seems like an obvious choice — it’s the most popular app, does almost all the work, and is a cinch for even people uncomfortable with consumer tech to use. And really, you can totally see a depressed Bucky sitting around at 3am, after having a nightmare, swiping right again and again. Plus the site is notorious for people who flake on their matches, something Bucky would probably find useful as he’s not very comfortable around people. But swiping with a metal arm can be a bit of a pain, and we doubt Bucky has a Facebook account, the main way Tinder sets up user accounts.

For similar reasons, we’ll rule out Bumble, but we’ll add that the app’s central hook — men can’t communicate unless a woman they match with communicates first — is probably also a barrier for Bucky, who has a certain intensity that probably isn’t going to be hidden in a selfie.

So what about Match, eHarmony or OkCupid? They all have very in-depth profile creation systems we figure would probably be pretty overwhelming for Bucky. And we seriously doubt someone as traumatized as Buck could pass eHarmony’s personality test.

And, while lots of fans think Bucky is Jewish, it’s never been stated one way or the other in the MCU. So for convenience’s sake, we’ll also rule out J-Date. While we’re at it, we’ll also nix Hinge, which has something of an unusual interface and also probably would annoy poor Bucky with prompts to communicate.

Our best guess is that Bucky, being a member of a very small, very exclusive community (superheroes), ended up on one of the super exclusive, by-referral-only dating apps favored by the rich and famous. Like Raya, which boasts a ton of American celebrities, and Inner Circle, which similar to Raya is invite-only, but also ups the ante by being aimed at European partiers, offering exclusive member-only events for well-heeled users.

Simple laws of averages guarantee at least one Avenger was on these apps — definitely Tony, during one of his breakups with Pepper Potts, but we’ll also guess Thor, and probably Shuri. In fact, we’re pretty sure in the MCU, Raya was invented in Wakanda. Surely one of them could have looped him in.

So to restate: Bucky was either on Raya or Inner Circle. This is canon now. You’re welcome, Marvel.

With that out of the way, let’s figure out Bucky’s profile. Obviously he can’t list his real age, but we’ll assume his pardon also came with a new ID, so we’ll assume that he aged himself as what he looks like, a guy in his 30s.

Bucky definitely isn’t going to use a profile photo from World War 1, or a photo of him as the Winter Soldier. We’re betting that he uploaded some random selfie he took after settling in post-blip. Hopefully not his “Civil War”-era APB photo at any rate.

His written profile is probably a little more difficult. He hasn’t dated since the 1940s, and did we mention he spent the better part of a century as a killer? What even are his interests? He can’t exactly say his hobbies include knife throwing or collecting his favorite guns. Sure, before he joined the war and was taken by Hydra, Bucky was a young adult who had a pretty normal childhood with normal interests. And we know from a preview clip that Bucky read “The Hobbit” when it originally came out in 1937. “The Hobbit” is still a pretty current reference, fortunately. Then again, it’s also a pretty dorky reference. Uh oh.

Also Read: 'The Falcon and the Winter Soldier': It's Pretty Weird NOBODY Recognizes Bucky

Plus, we’ve seen how bad he is at concealing the truth about his situation. And he doesn’t really like to talk all that much anyway. Which is why we’re guessing he went minimalist, something like “Hobbit loving cyborg seeks companion for all seasons, not just… winter JK.”

So, using the power of science, here is what we believe you’d see if you were looking for hook ups at the same time as Bucky: 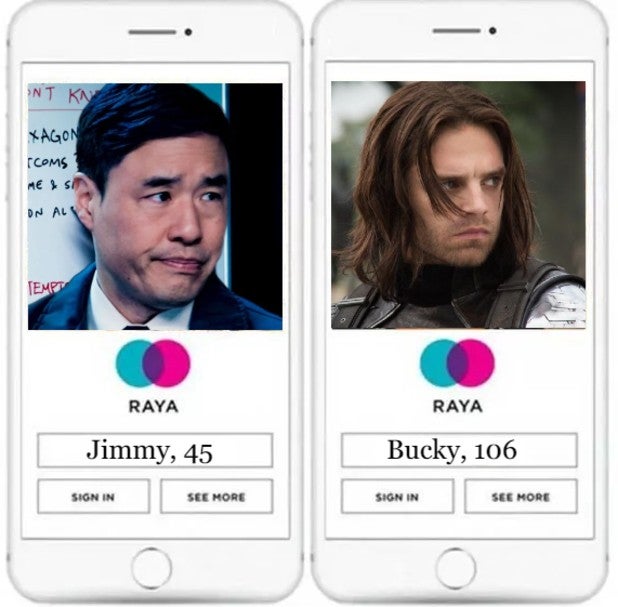 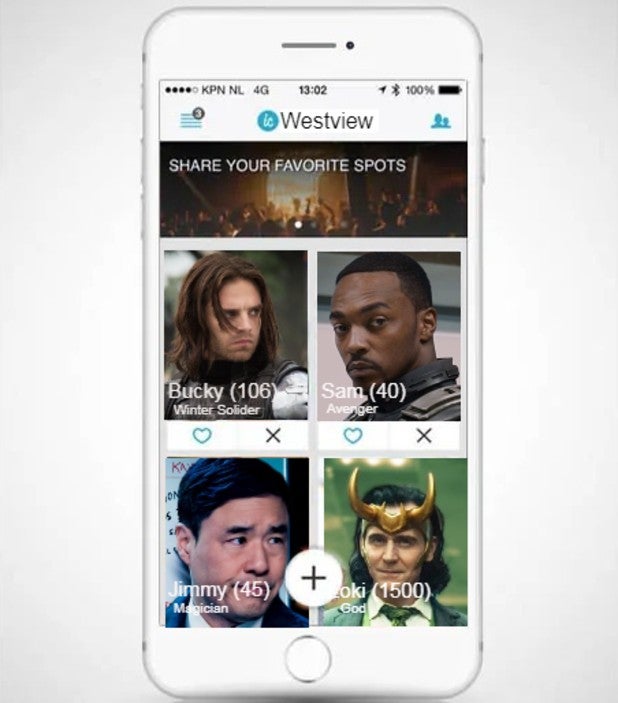 Alas, guaranteed he had an awkward profile even on one of the most exclusive dating apps in the world, probably didn’t talk to anyone and, if we’re being honest, also probably came off a little weird anyway. Sorry Bucky, looks like you’re stuck meeting people the old fashioned way: Having your elderly friends hook you up.