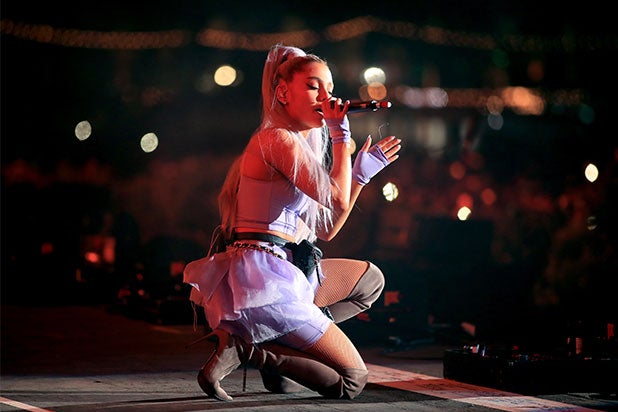 TheWrap has partnered with Canvs, the emotion measurement AI company, for a weekly look at some of the characters and personalities that have TV viewers the most worked up on social media. The data below covers Oct. 24-30 and is drawn from the most emotionally reacted-to television programs, including broadcast, cable, streaming and PPV.

An NFL team, a pop star’s Broadway tribute and a fan-favorite from “The Walking Dead” had viewers talking passionately on social media over the past seven days.

The Buffalo Bills squared off against the New England Patriots in a Monday Night Football game on ESPN that generated 41,902 Emotional Reactions (ERs). Although the Pats ended up winning, it was the Bills that drove more emotional conversation. Sentiment was split, with some fans glad that the Bills put up a fight to keep things interesting, while others took digs at New York team and rained praise on New England.

This is the most exciting Bills offense i have seen since 2004.
Shades of the 08 dolphins running the wildcat against new england… tonight is gonna be nuts

This game hasn't been exciting, but the Bills have kept things interesting. There are teams across the NFL that could win a Super Bowl with Buffalo's defense. The Bills are not one of them.

I love how Monday Night Football commercials call Patriots vs Bills a rivalry. My foot vs a spider is more of a rivalry than that.

The musical “Wicked” celebrated 15 years on Broadway with an NBC special Monday night titled “A Very Wicked Halloween” that sparked 30,443 ERs. Special guest Ariana Grande, who performed a stellar rendition of “The Wizard and I,” drove much of the emotional conversation. Viewers showered her with praise, calling the performance magical.

Watching @ArianaGrande perform “The Wizard and I” is the most pure thing ever! She looks so genuinely happy to be singing that song and it reminds me why I love @WICKED_Musical so much! You killed it girl! ???? also, why can’t I pull off green lipstick?

OMG! #AVeryWickedHalloween was the best thing Ever! Ariana Grande stole the show with her version of “The Wizard & I” and Adam Lambert came out with “As Long As You’re Mine”! Idina and Kristin sang together it was amazing then all Glindas and Elphabas came out at the end! ???????????? pic.twitter.com/6ggpRtWiiD

Ariana Grande's music is not my cup of tea. But damn if the girl didn't slay on that Wicked special. Brava! Wish more pop stars had a chance to show their vocal chops like this. https://t.co/kazaWbrPf4

The Wizard And I is the first song I ever sang solo in front of people. That was 12 years ago @ArianaGrande thank you for this amazing tribute and ALL that nostalgia ❤️❤️❤️ #Wicked15

An episode of AMC’s “The Walking Dead” (15,285 ERs) had viewers fixated on Rick Grimes (Andrew Lincoln) as his time on the show neared its end (his last episode reportedly will be Sunday, Nov. 4). Emotional conversation was dominated by talk of Rick’s impending demise as some viewers struggled to accept his fate and others wondered how the show will go on without its protagonist.

And after everything, Rick falls off a horse…. A rusty pipe takes out the badass Rick Grimes? They better make it up by making next week amazing. Ugh. Blech. #TheWalkingDead

#TheWalkingDead by far the worst season for me. Not only is Rick getting killed but announcing it has made sundays so blah for me. Worse than when Beth's death was leaked. Not cool TWD Not Cool.. #TalkingDead

The next episode SHOULD be the end of the series unless they plan to bring him back alive at the actual end of the series. The Walking Dead is Rick’s story, no matter how many new characters they try to make us care about. I love it but it is what it is.

@ScottMGimple I am sooo beside myself with Rick's departure. Are you really going to take him out being ripped apart by walkers?! I respect your vision, but I'ma need….. well I'm not sure what I'ma need after that! Any suggestions? #TheWalkingDead