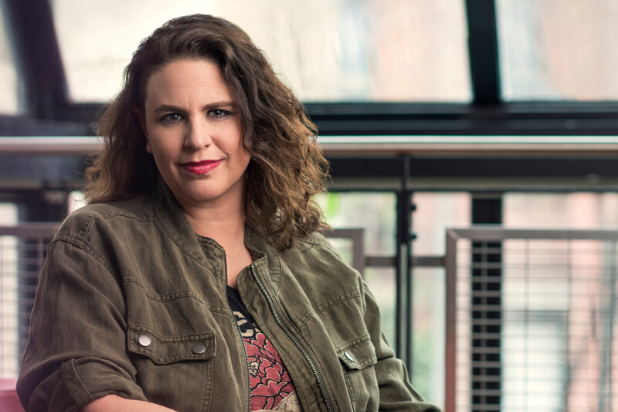 Tanya Wexler’s new film “Buffaloed” is “Wolf of Wall Street” but with a feminist twist, with Zoey Deutch scamming her way to the top. Peg Dahl (Deutch) is a self-proclaimed “aggressive little s—” who is obsessed with making enough cash to escape her blue-collar existence. With an unquenchable thirst for power, Peg finds her calling in the underground world of debt-collecting #DollarSignEmoji.

WrapWomen recently caught up with director Tanya Wexler who took us behind the scenes of the film (now available on DVD and VOD), revealed what she learned from Deutch and gave advice to aspiring female directors.

What about “Buffaloed” made you realize, “I need to be a part of this!”

I found out that Zoey Deutch was attached and I was a huge fan, and then I read the script and it was hilarious. I couldn’t imagine a better marriage of an actress to a role. I loved that there was this kick-ass anti-hero that we never get to see a woman play.

What message do you hope people will take away from “Buffaloed?”

I kind of shy away from wanting to force a message on anyone, but I really love watching a character with so much unbridled ambition learn that there’s more to life than just their own personal success.

What did you learn from Zoey Deutch?

That really thin people can eat a shit ton of food. But also, that Zoey is one of the smartest, most intuitive actors I’ve ever met. If you can set up the set and the world to let a talented actor have some freedom, they can bring you ideas and a nuance to performance that you can’t imagine just from just reading the script.

Who would you recommend this film to?

Also Read: Women In Film Launch 'Hire Her Back' Initiative to Urge Equality in Hiring Post-Pandemic

What is it like releasing a film during quarantine?

We were lucky enough for it to come to theaters and VOD before quarantine, so people got to have a real theatrical experience. But I am excited for people stuck at home to be able to have a laugh. We all need it!

What advice do you have for aspiring female directors?

Connect with other female directors. They are going to be your biggest supporters – they are not your competition.

What is one thing you wish you knew when getting started in the industry?

Compression socks. Between the flights and long days on set you can really mess up your feet and compression socks really help. And I didn’t find that out until my fourth movie!

Also Read: We the Women Co-Founders Nathalie Love and Samantha Ressler on Creating a Platform for Rising Female Voices in Hollywood

What are your top 5 tips for success?

Do you have any other projects you’re currently working on?

Yes. I’m in post-production on “Jolt,” an action comedy starring Kate Beckinsale. Also, a comic book based western called “Girl With No Name” with a female lead set in the old west.

WrapWomen is a power base of influential women of entertainment, media, technology and brands committed to changing the face of their industries. Through media and live events, we provide a platform to accelerate the vision of women who are building towards a more equitable world. For more information visit: www.wrapwomen.com