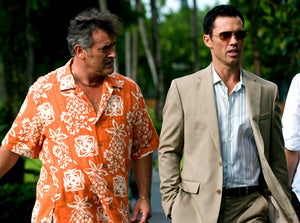 USA confirmed Tuesday what had already been pretty a foregone conclusion – its hit original spy dramedy “Burn Notice” has been renewed for a fourth season, with the network placing a 16-episode order.

Starring Jeffrey Donovan as an excommunicated CIA operative, Gabrielle Anwar as the spy who loves him and Bruce Campbell as his fixer friend, “Burn Notice” was once again instrumental over the summer in leading USA to a basic-cable ratings crown.

With the first half of “Burn Notice’s” third season running in the summer, the show averaged 6.2 million viewers, with the summer finale watched by 9.1 million people.

The second leg of “Burn Notice’s” third season will kick off in January, with season-four episodes likely to debut in the summer.