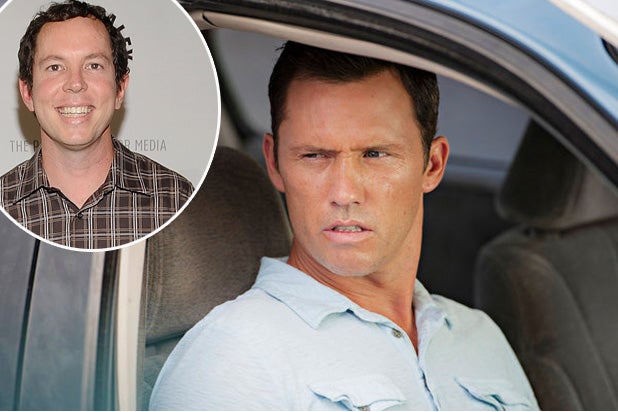 USA’s “Burn Notice” finished its seven-season run with all the elements you’d expect from the popular drama series: Lots of explosions, gunfights, romance and an emotional act of selflessness.

“I think everybody felt that it was important to end the show on our own terms, and while it still had a lot of creative juice, and while we could bring it to a satisfying close and not feel like we were making episodes for the sake of making episodes,” creator Matt Nix told TheWrap.

On the finale, Michael (Jeffrey Donovan) rejoins his makeshift family after having a crisis of conscience that placed them on opposite sides. With everyone he loves in jeopardy, Michael knows that he has to stop the ultimate villain James (John Pyper-Ferguson) in order to stop the CIA and James’ henchmen from exacting revenge on him, his friends and family. With Fiona (Gabrielle Anwar) by his side, he’s able to do just that. But, there’s a casualty. His mother Madeline (Sharon Gless) sacrifices her own life so that her grandson and Jesse (Coby Bell) can escape.

In the end, Michael and Fiona disappear with his nephew to make a new life for themselves while Sam (Bruce Campbell) and Jesse carry on with further missions.

We spoke with Nix about the action-packed and emotional series finale as well as the possibility for a spinoff.

TheWrap: What was your basic theme for the series finale?
Matt Nix: Michael can save everybody at the cost of his own soul, and he feels that that is a sacrifice that he is willing to make, and everybody else is basically saying, “No, you don’t get to do that, and ‘We’re all going to stand together.” I don’t know what greater affirmation of family there is than that. Were you a “Star Trek” fan? I think that when Spock says to Kirk in the fourth movie, “The needs of the many outweigh the needs of the few,” and dies … I was a little kid when I saw that and I never forgot it. It’s really important. That’s kind of a theme here, where ultimately they all stand together.

Madeline was a casualty here. What were your thoughts on setting up her death?
Madeline throughout the course of the series has been haunted by the idea that she was a coward when Michael was a kid. And we’ve explored over the past season that he kind of is who he is because of his miserable childhood, but she kind of let that happen. And over the course of seven seasons — particularly the last couple of seasons — she’s become a much stronger person. So you know, not only does Michael not get to sacrifice himself for her, she insists on sacrificing herself for him. And in the end, on behalf of a family that’s ongoing. In her death, she creates a family out of Michael and Fiona and Charlie.

We thought that in the end the idea that Michael obviously contributes to his own escape very significantly, but at the same time he is faced with something that we haven’t done much in the series, which is a situation that he can’t see a way out of. He does not know what to do. If he makes any move Charlie and Madeline die. There’s nothing he can do. The fact that it falls to Madeline to unlock that with her willingness to sacrifice herself for the sake of all of them — it’s so fitting to me that at the end of the day it wasn’t about Michael’s solo brilliance. He’s built this family and in the final episode that’s exactly what he needs. What carries today isn’t Michael being great, it’s Michael thinking he has all of these people together. Its not an accident that every single person in that climax — if any one of them hadn’t done what they did the whole thing would have fallen apart.

Also read: ‘Burn Notice’ Creator on Michael’s Fate: ‘I Really Wanted to Do Something New’

Did you consider killing Michael?
I didn’t feel like there was an ending where Michael dies that felt like a “Burn Notice” to me. Actually, I take that back. It’s conceivable that there’s a way at the end of the day where Michael could have done something really noble and sacrificed himself, and that might have been satisfying. But another thing is that I think the show isn’t really about, on an emotional level, can Michael do stuff? Because the answer to that is always yes. Especially in the past couple of seasons, the show has been more about Michael’s emotional stuff, like he can do stuff, but what will it cost him? Does he get to be a human being? Does he get to have relationships? What does it mean to be someone who does this kind of thing? In answering that at the end of the show, it seems to me that that’s the most important thing.

You left the door open for a spinoff or possible movie. Are you keeping that option in your back pocket?
I would love to do it. The door has been left open intentionally, but nobody’s asked me to write a script. If the opportunity ever arose to do something like that I’d be thrilled, but you know part of that is just the idea that it didn’t feel right–on some level I needed to address “what do Jesse and Sam do now?” and it didn’t feel right to go “and now Sam goes and lounges at a pool for the rest of his life, and Jesse goes and gets a job somewhere.” You want the feeling that at some level they’re doing the thing that you see them doing, that the series has meant something to them as well, so Sam who in theory wanted to hang out at a pool for the rest of his life and Jesse, who in theory wanted to get a job someplace and not be dragged back into this, that both of them have caught the bug and are going to carry that torch. So whether or not we ever get the opportunity to see any of those stories, I think it’s important to address where those characters are going. So if the opportunity ever arose, yeah, I’d love to do it.