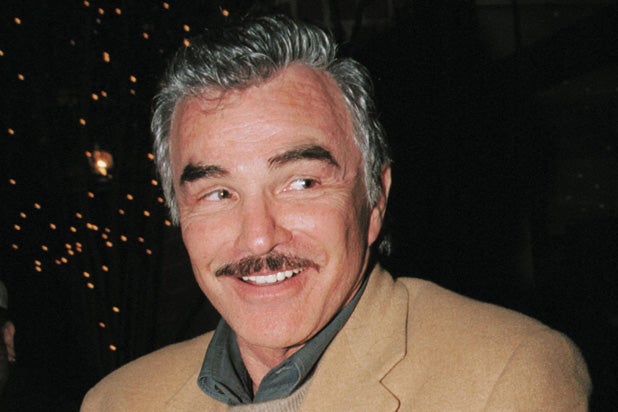 My wife and I were watching “The Tonight Show With Johnny Carson” one night in April, 1985 when Burt Reynolds came on as one of Johnny’s guests. I was interested in the banter between them for a couple of reasons.

I liked Reynolds a lot. Though he had of late been starring in cornball chase movies like “Stroker Ace,” “Cannonball Run” and the “Smokey and the Bandit” films, I would be forever grateful for his dramatic performance in the 1972 “Deliverance.” What a movie! He’d also shown his range in Alan J. Pakula’s light romantic comedy “Starting Over.” Plus, he was just a lot of fun.

More urgently, I was interested because he was on the show to promote a new movie adapted from Elmore Leonard’s novel “Stick.” He was both the movie’s star and its director and, a few months earlier, I’d been on the Fort Lauderdale set of that movie with him as my personal host.

The unit publicist for the film had called me at my office at USA Today in Los Angeles to extend the invitation. He said Burt had personally asked him to do so.

“Are there going to be other reporters there?” I asked. I wouldn’t have gone if there were.

“No, you’re the only one Burt asked me to invite.”

I went back through my reviews of Reynolds’ earlier films to see if I’d said something particularly laudatory that might explain his kindly feelings toward me. I did find a warm paragraph in my review of the 1980 romantic thriller “Rough Cut,” and had received a warm letter from Burt thanking me for it. I’d also written favorably of his shambolic performance in “The Best Little Whorehouse in Texas,” though I was most impressed by his co-star, Dolly Parton.

But just weeks before getting his invitation to Florida, I panned his lazy performance in “Cannonball Run II,” which was pretty much the low mark in his car chase oeuvre, and I’d also found him a weak foil for Clint Eastwood in “City Heat.”

So, maybe he was inviting me down there so he could beat the hell out of me. Whatever his motive, it seemed worth the trip and after my editors cleared the expense, I found my way to Fort Lauderdale and Pier 66 Hotel where interior scenes for “Stick” were being filmed.

I had always been treated well by people on movie sets, but this treatment was better than well. Reynolds welcomed me as if I were the producer’s son. He explained every set-up and every shot to me, had me look through the camera to see how the scene was composed, and introduced me to everyone in the crowded room.

Between set-ups and lighting adjustments, the two of us would withdraw to his dressing room where I would grab five to ten-minute snatches of interview. One of the first questions I asked Reynolds was why he’d invited me.

Also Read: Burt Reynolds Didn't Shoot Any Scenes for Quentin Tarantino's 'Once Upon a Time in Hollywood'

“I love USA Today,” he said. “I think it’s the greatest thing that’s happened to newspapers. It’s concise, it’s thorough and it never goes out of its way to hurt anybody.”

Wow, that hurt. Hadn’t he read my reviews of his cuss-and-run chase movies? And if he did, did he mistake the criticism for praise? I managed to phrase the question as a generic query about his opinion of critics.

“I don’t mind constructive criticism,” he said. “What I hate are critics who make it a personal goal to destroy someone’s career.”

In thirty years of on-and-off movie reviewing, only one person actually accused me of trying to destroy his career and that person — Sylvester Stallone — really didn’t have anything to fear. But that’s another story.

Anyway, I had a terrific time with Reynolds. He was instructive, candid and as funny as I thought he would be. I remembered two stories he had told me, one that I used in a column a few days later, and one that I could not repeat in a family newspaper.

Burt said he’d been on a movie set early in his career when Roy Rogers, a boyhood idol of his (and of mine, too), showed up on the set. Burt and others gathered around Roy to listen to him spin tales of his experiences making Westerns. Roy ended the confab by pointing to his watch and saying, “Well, boys, I’ll see you later. I have to go home and f— Dale.”

The story that I repeated was about his loathing of multiple takes. Some actors like and even demand the opportunity to play a scene in different ways; Reynolds didn’t. He wanted to do as few takes as necessary. He said that at the end of a scene in a film he had done earlier in his career, the director yelled “Cut, perfect! Let’s do one more.”

Burt walked off the set and went to his trailer. Soon, there was a knock on the door and when he opened it, there stood the director, looking very angry.

“I told you I want to do one more take.”

“You said the last one was perfect,” Burt said. “I can’t do any better than perfect.”

My columns in USA Today were limited to 500 words, so I wrote separate back-to-back columns on Reynolds and his movie, and had still failed to work in one of his most interesting personal revelations. And that brings me back to “The Tonight Show With Johnny Carson.”

Johnny asked Burt a question about his relationship with the press, a question I assumed Burt had suggested to the producers before the show, and the star went off on a tirade about his experiences with the media. The example he gave was about a reporter he had personally invited to the set of “Stick” and whom he had treated like royalty.

He went on to say that after all the time he spent with this S.O.B., all he wrote was — and Burt made a horizontal stripe in the air with his thumb and index finger to represent a scrolling headline — “Reynolds irked at Nicholson’s success.”

“Wait a minute, is he talking about me?” I said, aloud.

I went to my clippings file and dug out the two columns I’d written on him and another column with three short stories, the first of which was the one I had not been able to work into the two full columns. The headline on the column was actually “Nicholson’s triumphs still irk Reynolds.” If that was what the story had actually said, I would have understood why he was mad at me. But it did not say that. Here are the first few graphs of that short:

HOLLYWOOD — Add “Terms of Endearment” to “One Flew Over the Cuckoo’s Nest” as Jack Nicholson movies that Burt Reynolds may never see.

Reynolds says he regards Nicholson as the best actor of their generation (both men are 47), but he can’t bear to see what Nicholson has done with the two best roles he — Reynolds — almost did.

“I know how good the roles are, and I know how brilliant Jack is,” Reynolds said shortly after “Terms” opened to 1983’s warmest critical reception. “It will be a long time before I’ll be able to watch them.”

He was not irked, he was disappointed, and rightly so. Saul Zaentz, co-producer of “Cuckoo’s Nest” with Michael Douglas, had told Reynolds he wanted him for the role of R.P. McMurphy, but when it came time to sign the cast, United Artists insisted on having the commercially hot Nicholson assume the role.

James L. Brooks, who wrote the screenplay for Pakula’s “Starting Over,” extended a formal offer to Reynolds to play the astronaut Garrett Breedlove in “Terms,” but he couldn’t accept it because its shooting schedule overlapped that of “Stroker Ace,” to which he was contractually committed.

“Promises like that can kill you,” I quoted Burt saying. “It’s killing me now.”

So, even more than disappointment, there was pain and maybe a touch of anguish. But he was not irked.

Burt was blaming me for a headline I did not write and, specifically, one word in that headline. Reynolds had missed out on what would have been the two best roles of his career, roles that went to Nicholson and which brought him Oscars for each.

Think of the two best things that have happened to you in your life and then try to imagine your life if those things had not happened.

In looking back, the best thing about this story is that Reynolds showed me one final courtesy on “The Tonight Show.” He didn’t actually name the asshole who he thought had betrayed him.

Legendary ’70s star also starred in ”Deliverance,“ ”Nickelodeon“ and ”Smokey and the Bandit“

View In Gallery
BIO Jack Mathews
Jack Mathews is a retired movie critic and columnist who had worked in the dark for some of the country's brightest newspapers -- the Detroit Free Press, USA Today, the Los Angeles Times, New York Newsday and the New York Daily News. He is the author of the book "The Battle of Brazil: The Real Story of Terry Gilliam's Victory Over Hollywood to Release His Landmark Film." He met Burt Reynolds while working for USA Today.

Jack Mathews is a retired movie critic and columnist who had worked in the dark for some of the country's brightest newspapers -- the Detroit Free Press, USA Today, the Los Angeles Times, New York Newsday and the New York Daily News. He is the author of the book "The Battle of Brazil: The Real Story of Terry Gilliam's Victory Over Hollywood to Release His Landmark Film." He met Burt Reynolds while working for USA Today.