As the new media landscape continues to threaten traditional media, digital sites are cashing in like never before.

But this is just the latest pricey deal for a digital news media site, a segment that hasn’t seen this much action since Huffington Post was acquired by AOL for $315 million in 2011.

Other recent deals reflecting this trend include:

— Verizon completed a $4.4 billion acquisition of AOL/Huffington Post in June

The wave of digital deal-making has taken many by surprise. “The amount of money is pretty striking, especially for Business Insider,” Poynter media business analyst Rick Edmonds told TheWrap.

Edmond’s analysis aligns with Axel Springer’s valuation; the company said its $390 million valuation for BI is six times the anticipated revenue for the site in 2016, similar to how much AOL paid to acquire Huffington Post in 2011.

Edmonds noted that Axel Springer’s purchase of Business Insider for $343 million is more than the purchases of two major print outlets combined: Jeff Bezos’ purchase of the Washington Post for $250 million and John Henry’s deal for the Boston Globe for $80 million, both in 2013.

The big payday for Henry Blodget’s Business Insider comes as the site just became profitable around this time last year, with revenue growing along with it.

The big money media tsunami is similar to the banking business, Edmonds said, noting that when you start a community bank, you initially secure some depositors and provide loans: “You don’t necessarily need to be making a big profit, but some bigger bank might come to you and say we’d like those additional customers.” 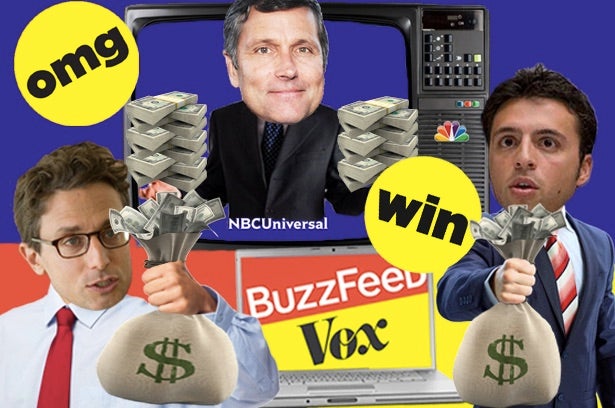 That’s essentially Axel Springer’s play in buying Business Insider and NBCUniversal’s in investing in BuzzFeed and Vox — to join the digital party and draw a younger demographic that can help boost their brands and bottom lines.

“It really is a pivotal point in the changing of the media landscape,” Axel Springer CEO Mathias Doepfner said on Tuesday. “New digital media companies are being built and we definitely want to be a player. With Business Insider we have laid the foundation to achieve that.”

And the numbers show these aren’t isolated deals: Mergers and acquisitions across the digital media and tech industry shot up 24 percent in the first half of 2015 compared to the same period in 2014, according to Coady Diemar Partners, an investment bank.

But media analyst Alan Wolk cautioned against lumping these big media deals together, as they all don’t pass the smart business smell test. 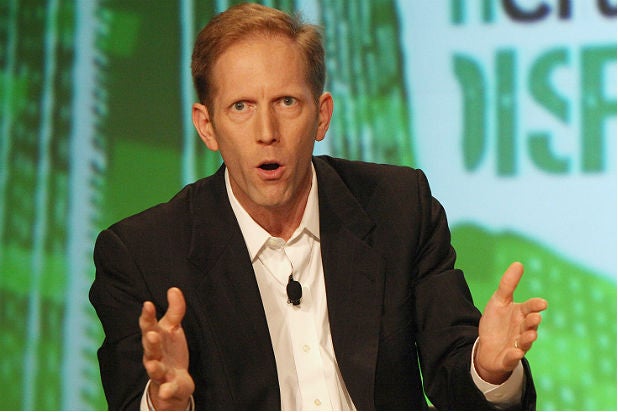 “The NBC deal with BuzzFeed [and Vox] was a very smart move on their part,” he told TheWrap. “It brought them a new audience, one that is far better it reaching millennials, and also gives them an entrée into some of the more innovative advertising techniques companies like Buzzfeed have been using.”

But the jury is still out as far as how much Medium will help its buyers, Silicon Valley-based venture capital firm Andreessen Horowitz and Google Ventures, and whether Business Insider will make Axel Springer the big digital player it seeks to be.

“The Medium deal was very much Silicon Valley inside baseball, and that it does not have nearly the value that investors thought it does outside of Silicon Valley,” Wolk said.

The BI deal’s benefit to Axel Springer hinges on the success of a business model built on finding new forms of digital advertising. “They are very good at getting clicks,” Wolk said, “and they are probably very useful for helping to spread content.”