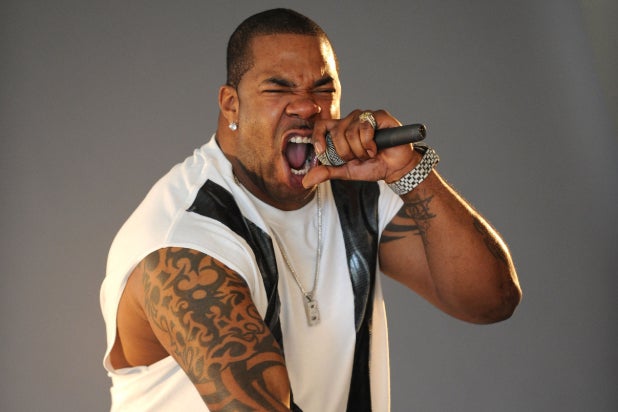 Busta Rhymes was the first performer eliminated from Season 4 of “The Masked Singer” last night, when he gamely rapped LL Cool J’s “Mama Said Knock You Out” instead of taking a more traditional singing approach to the Fox competition. Perhaps he should have just rapped faster.

While TheWrap had TheRapper on the horn to talk about his short-lived stint as broadcast television’s Dragon, this fan-porter asked Rhymes to teach us the secret to Rhymes-ing so fast.

The 48-year-old Rhymes, who first speed-rapped on a song called “Daily Reminder” and only got faster from there, told us that his first exposure to the double-timed version of the art form was a battle between Jamaican deejay Lieutenant Stitchie and reggae artist Papa San.

“It was so mind-blowing to me back when I was like 15, that I always wanted to just do it — as a fan,” Rhymes, who is the Brooklyn-born son of Jamaican immigrants, said. “It was always a thing to me to want to learn how to master that skillset.”

Us too. Teach, oh wise one.

Also Read: 'Masked Singer' Dragon Was Not a Dragon Just Because He Spits Fire

Lesson 1: Breath control.
“The breath control comes from just you understanding what the breathing patterns need to be in order to do it the right way. Even if you’re not necessarily the guy that’s living in the gym and you’re not the healthiest, you just got to understand the art and the science of breathing patterns — and just understand enough the art and the science of word and syllable placement,” Rhymes explained. “That math and that timing, science-wise, and the breathing combined is the key to what makes you the more dangerous individual when it comes to swinging that sword.”

“I learned how to figure that out pretty early in my career,” Rhymes said. “So at this point, when I do it, it’s like a sensei level of doing it.”

When you get there, a place where Rhymes says Eminem and Jay Z are also at, “you can spit a few bars without even inhaling.”

Also Read: Method Man Tells Us Why 1999 Hit 'Da Rockwilder' Is So Short: Redman 'Didn't Like the Track'

Lesson 2 from the Bruce Lee disciple: Be water.
“Also, the key to it is to make sure that you stay calm,” Rhymes said. “If you ever pay attention to my performances, I might jump all over the stage and go crazy when I’m performing ‘Scenario,’ but when I’m doing ‘Look at Me Now,’ I’m standing in one place. It’s understanding how to balance and conserve the energy. And instead of being animated in your physical movement, you allow the animation through the way you deliver the lyrics from your mouth. You let THAT intensify the performance because people are so fascinated…that you can do it live and it’s not a special effect that you don’t need to throw your hands and feet all over the place and jump around.”

“I’ll stand still in one place and keep that mic right there — I won’t even move when I’m doing what I’m doing. I might just move my one hand, wiggle my fingers to show you the pattern of how I’m spitting my speed rap, and Spliff Star will be next to me doing all of the physical animation, which will compensate for my standing still,” he continued. “So that’s also a part of the showmanship that you learn how to deliver, so that you still can impact people in a significant way — even when you’re standing still and being at your most calmest moment to deliver that the proper way.”

While Master Rhymes was in the sharing spirit, we asked the platinum artist a question about one of the other speed-rappers he shouted out.

Eminem’s latest album, “Music to Be Murdered By,” includes a track titled “Yah Yah.” Rhymes’ first hit single, “Woo-Hah!! Got You All in Check,” introduced the world to those “Yah Yahs.”

There’s a famous story floating around about Eminem turning down Aerosmith lead singer Steven Tyler’s offer to re-record the “Dream On” hook for Em’s 2002 song “Sing for the Moment.” Instead, Slim Shady elected to just sample the chorus for his album “The Eminem Show.”

Also Read: Here's Why Eminem No-Showed the 2003 Oscars When He Won for 'Lose Yourself'

Considering Rhymes’ preexisting collaborative relationship with Marshall Mathers, we asked the “Break Ya Neck” rapper if Eminem’s “Yah Yahs” were a re-record or a sample. Fans of practicality will not be disappointed.

“He sampled it. He took it from the a cappella, I believe, from ‘Woo-Hah!!'” Rhymes said. “When we had commercially released it, we released an a cappella as well, I believe, because at the time that’s what you would do so that other producers would have the opportunity to remix your record.”

“I’m a big fan of Em’s, and as many collabs that we’ve had…I still wish he called me to  be on that damn record,” he added, laughing.

“The Masked Singer,” now without Dragon/Rhymes, airs Wednesdays at 8 p.m. on Fox.