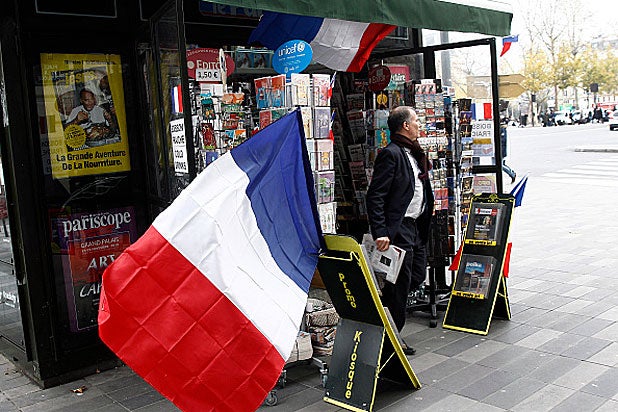 Hanukah started this week and Christmas is around the corner. When looking for holiday gifts, I encourage you to buy French products in tribute to the country’s culture and the victims of the attacks in Paris.

Let me make some suggestions from someone who has bought French products during my entire adult life. My European-born mother always lectured about how women should spend money on good makeup, so I grew up favoring Lancôme makeup. You can even obtain a bargain, as department stores often feature the sale of Lancôme items enclosed in a nice bag with the purchase of a certain amount of goods. These extras are usually smaller versions, thus ideal for travel. My nieces are used to me sharing these Lancôme items — and I swear by their lipsticks.

When it comes to my jewelry, France also rules. Some years ago, I discovered the jewelry by Gas Bijoux and its been a love affair for me ever since. Sporting a great imagination, French jewelry designer Gas comes up with the most creative costume jewelry with great patterns and colors, favoring beautiful enamel work. If you are visiting Paris, there are two stores there, as well as two in New York City. Here in Washington, DC his works are prominently displayed at Tabandeh in the basement of Mazza Gallerie. Every time I wear his jewelry, which is almost every day, I receive compliments on his metal work and designs.

Also Read: U2 Tried to Fly Eagles of Death Metal Out of Paris Following Attack

As I do not like carrying heavy purses, I favor the big material handbags made by Longchamp. You will see the plain colors often carried by young women, but us older women also love the roomy and light bags. Every year the company puts out unique styles with great colors and designs. I treat myself to two a year, and past releases still hold up for years later. Like my jewelry drawers full of Gas jewelry, my handbag closet is a colorful art gallery.

I also have invested in beautiful hand-carved antique French furniture for my bedroom and my dining room. Those items are pricey and great investments to hold my Gas jewelry and dishes. I especially admire one piece that has four inlaid sculptures representing the four seasons; I look at it every morning and night when I retrieve and put away my nightgowns. I wonder who was this talented carver and what inspired the beautiful figures displayed?

Yes, go French for the holidays. After you are finished shopping for these delightful French items, you can also go to French films that are currently playing in the States. Deniz Gamze Ergüven’s debut, “Mustang,” a powerful portrait of female empowerment and the French entry to the Oscars that was nominated for a Golden Globe on Thursday, is a good start. Or try seeing Kent Jones’ new documentary, “Hitchcock/Truffaut,” full of filmmakers discussing how important French director Francois Truffaut’s 1966 book “Cinema According to Hitchcock” influenced their work.

And cap the evening off with a French wine or champagne.