A contributor for BuzzFeed addressed the latest layoffs at the company with a quiz called “Do You Still Have a Job at BuzzFeed?” — which he posted on BuzzFeed.

Imitating the style of the company’s famous quizzes, contributor Jason Sweeten criticized the media company and its handling of the sweeping layoffs.

Contributors to BuzzFeed are allowed to post their own community listicles or quizzes as they please, and the top of this particular quiz reads, “This post has not been vetted or endorsed by BuzzFeed’s editorial staff.” As of this writing, the quiz is still live. A representative for BuzzFeed had no comment.

The quiz asks questions such as “How long have you worked at BuzzFeed?,” “What’s your department?,” “Are you a manager?,” “Remember all that free Chiboni?,” and “Wasn’t our holiday party lit?”

“For the past two years I’ve done nothing but write personality quizzes. My boss assured me I could try other things within the department, but she was just laid off,” reads one potential response. “Once I was so burned out I sobbed in my HR representative’s office. She hugged me and said everything would be okay. We were going to work out a plan. Then she stopped replying to my emails.”

One of the potential outcomes of the quiz results: You still have a job.

“Sorry that you have to deal with the aftermath of all of this,” it reads. “But hey, at least the panic of worrying that you’ll lose you job has forced you to backup all your important work files.”

See some of the screenshots from the quiz below: 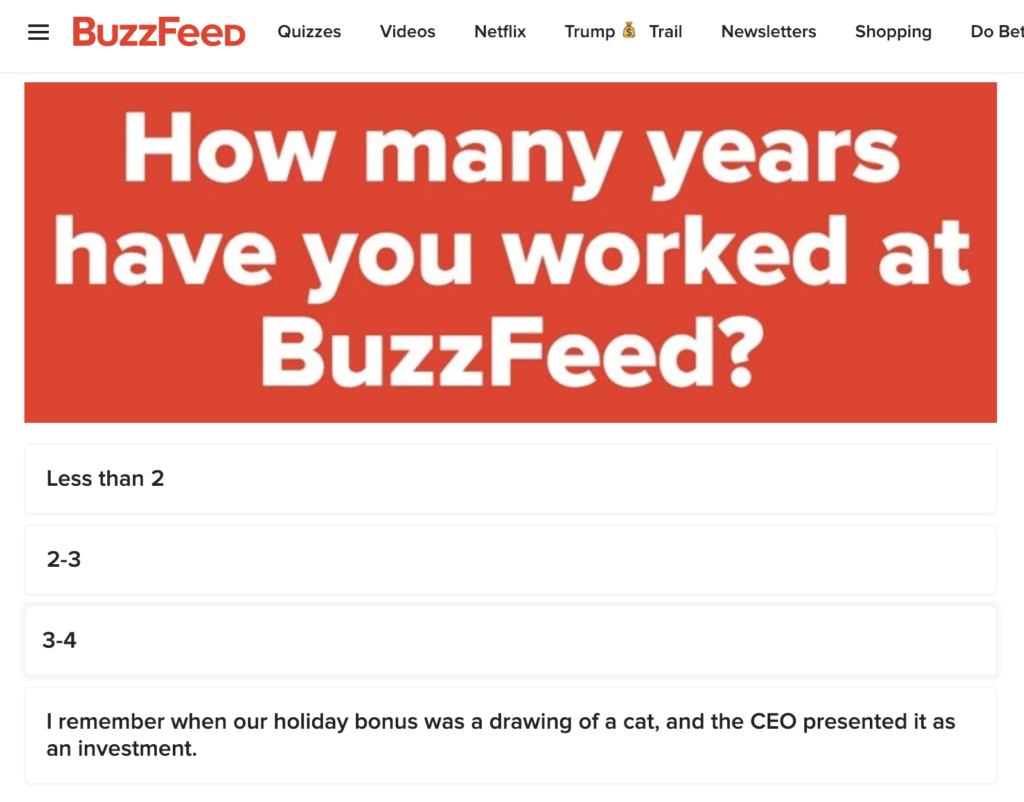 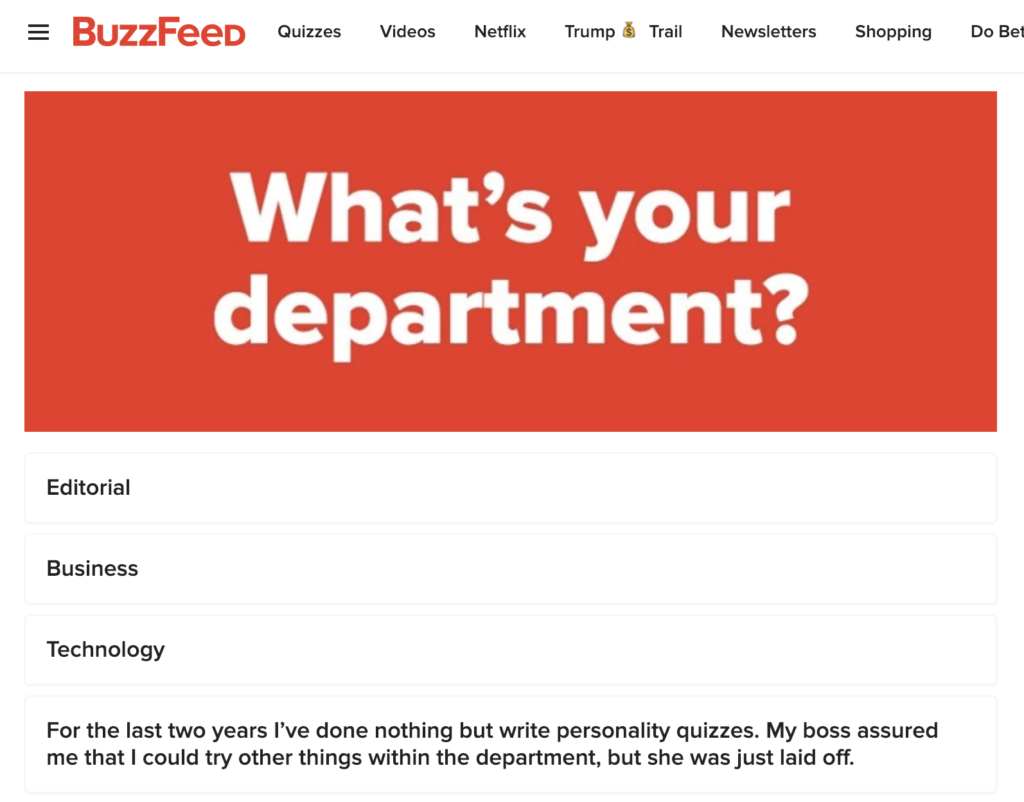 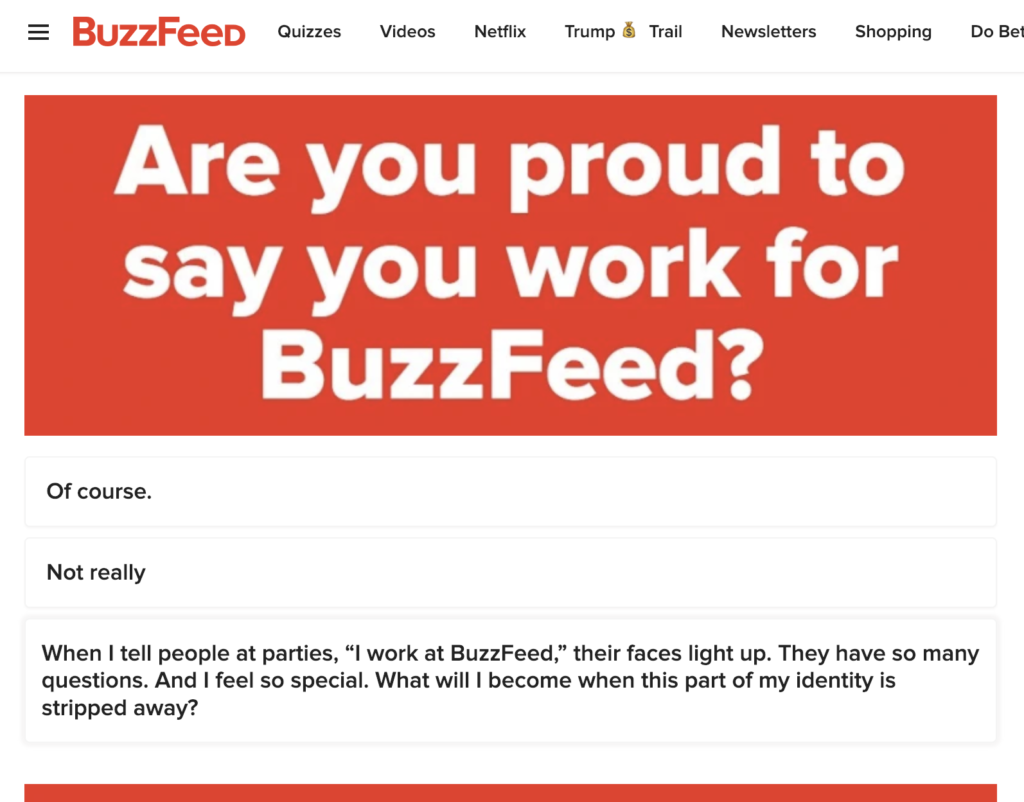 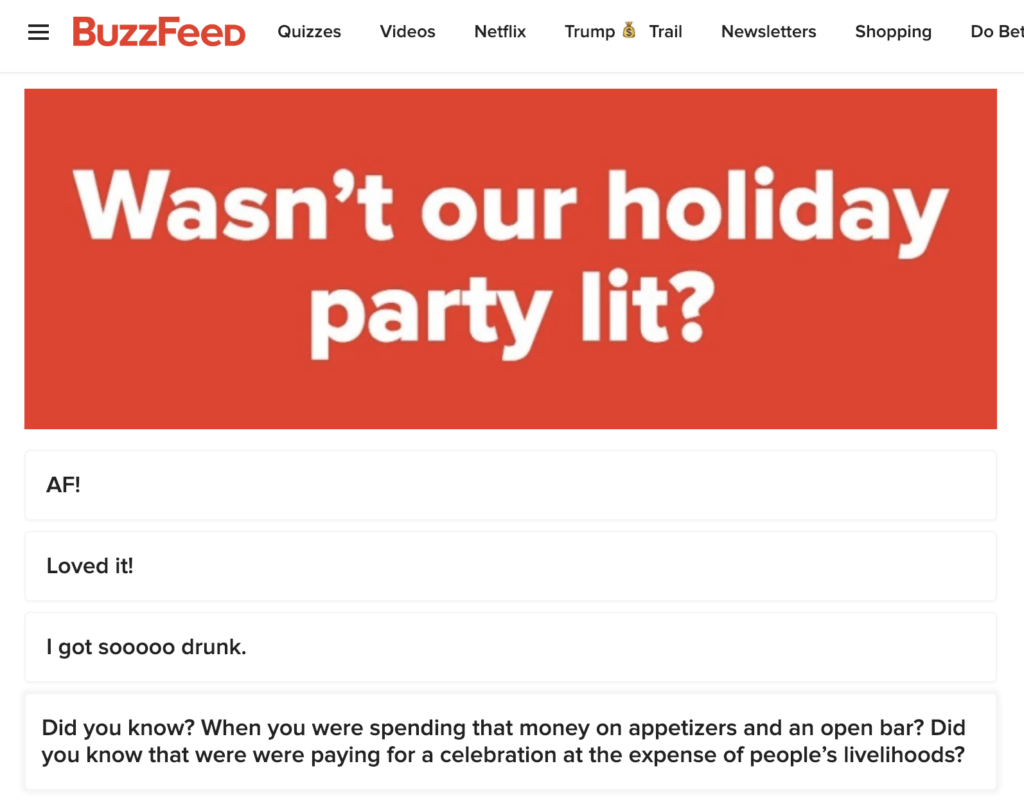 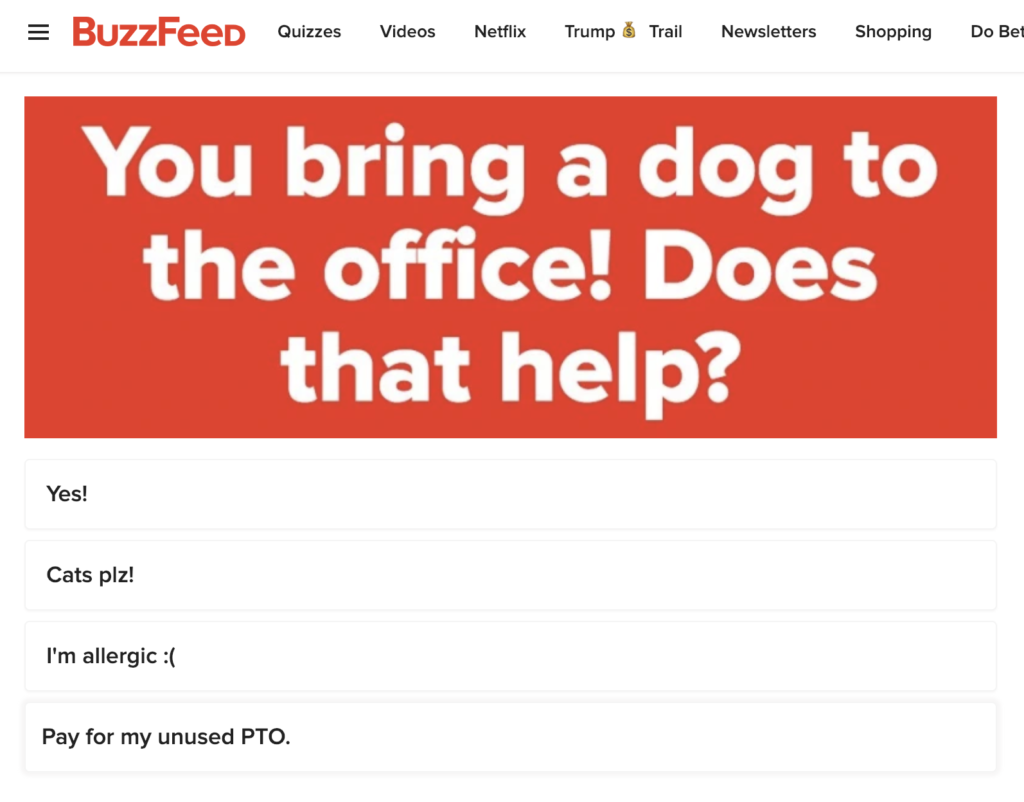 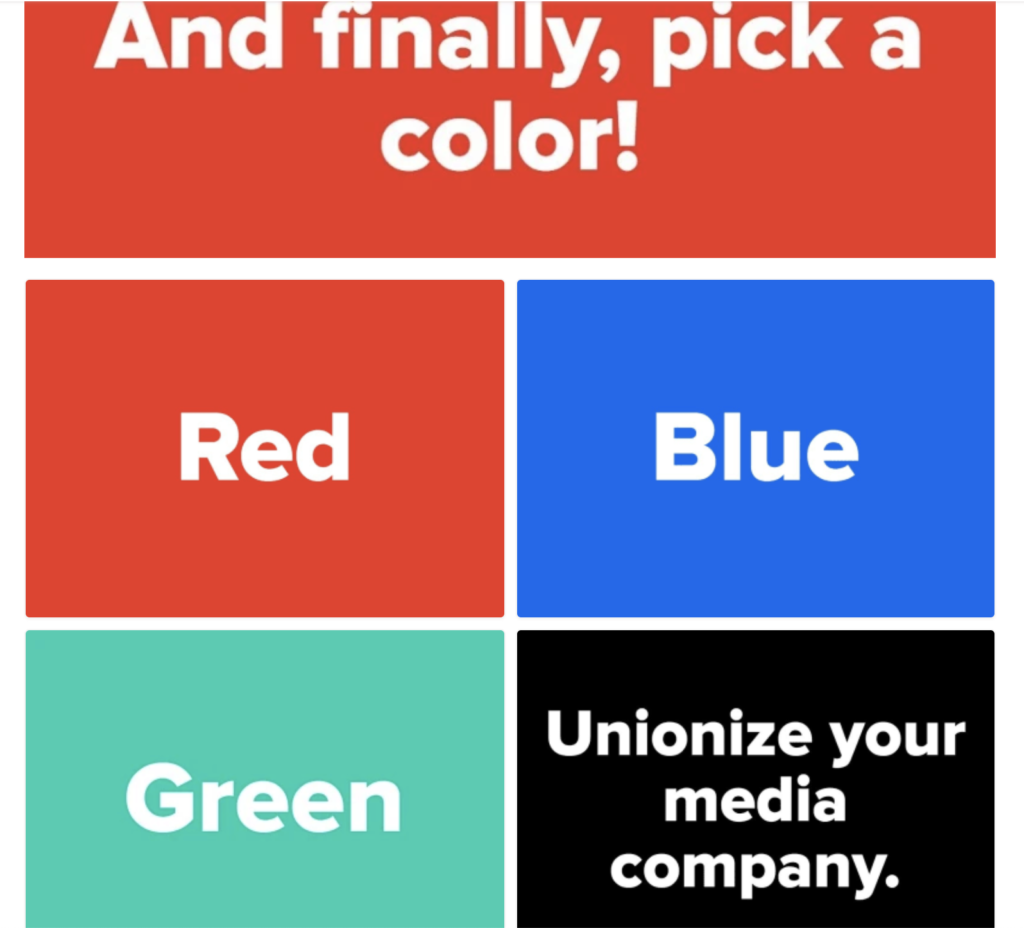