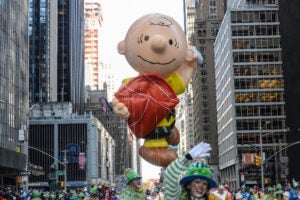 ”New media companies that were flourishing five or 10 years ago are now faced with a tough choice,“ Peter Bittner, a journalism professor at UC Berkeley, tells TheWrap

It wasn’t so long ago that BuzzFeed and HuffPost, two of the biggest digital-first media companies founded in the early 2000s, posed such a serious threat to legacy-media stalwarts that the New York Times ordered up an “innovation report” to compete against these journalism upstarts.

That was in 2014. But now the upstarts have fallen on hard times, struggling to maintain online readership and advertising revenue, often at the mercy of tech giants like Google and Facebook that control the levers of both. Last Thursday, BuzzFeed — buffeted by layoffs and advertising declines in a financially turbulent year — announced it would acquire struggling HuffPost in an all-stock deal that gives HuffPost owner Verizon Media a minority stake in BuzzFeed, marking yet another major media merger within the past year.

“The BuzzFeed-HuffPost deal is a sign of the times,” Peter Bittner, a journalism professor at UC Berkeley, told TheWrap. “As social media companies continue to dominate the content space and control the market for ad dollars, new media companies that were flourishing five or 10 years ago are now faced with a tough choice: band together or bust.”

Meanwhile, the New York Times has seen its strategy pursuing paid subscriptions succeed beyond early projections, especially in the Trump years. The newspaper reported 7 million paid subscribers in its last earnings and added that, for the first time, revenue from digital subscriptions was greater than that of print. That’s roughly triple the subscriber count at The Wall Street Journal, which has 2.35 million digital subscribers.

The Times has also made two splashy, and no doubt costly, hires from digital media in 2020 — bringing in Ben Smith from BuzzFeed News as a media columnist and just last week hiring Vox co-founder Ezra Klein as a columnist and podcast host.

Verizon acquired HuffPost in 2015 as part of a $4.4 billion deal with AOL, had been looking to offload the site since last year. Meanwhile, BuzzFeed co-founder and CEO Jonah Peretti said two years ago that he wanted to merge with other online publishers to have more leverage in negotiations with tech companies like Facebook, which wielded considerable power over the financial successes and failures of digital-media companies after it tweaked its news feed algorithm in 2016 to reduce the visibility of news publishers’ posts.

While the exact terms of the BuzzFeed-HuffPost deal have not been disclosed, Verizon Media will be taking a minority stake in BuzzFeed as part of the stock deal — a transaction that, to Recode’s Peter Kafka, appears as if Verizon is “literally paying BuzzFeed to take over HuffPost.”

The past few years have financially been tumultuous for both BuzzFeed and HuffPost. While BuzzFeed is expected to break even this year for the first time since 2014, the media company — which was valued at $1.7 billion in 2016 — has had losses surpassing $50 million for several years, according to the Wall Street Journal. This year alone has also seen pay cuts, furloughs and layoffs amounting to just under $30 million in cuts at BuzzFeed, while traffic has dropped to 69 million unique visitors, or about 23%, compared to the previous year, according to the analytics firm Comscore.

HuffPost was also hit with multiple rounds of layoffs last year as parent company Verizon cut about 800 staffers, or 7% of its total workforce, and laid off another 150 employees across AOL, HuffPost, TechCrunch and Yahoo later in the year. Though HuffPost’s traffic has dipped less than BuzzFeed’s — down 5% as of October, according to Comscore — the media outlet has been losing money with expenses totaling $60 to $70 million and revenue being in the $45 to $50 million range, according to the New York Post.

“There’s definitely a risk for BuzzFeed to take on a struggling media property that’s struggling in very similar ways to the way that BuzzFeed is struggling,” said Jeremy Gilbert, professor of digital media strategy at Northwestern’s Medill School of Journalism and former director of strategic initiatives at the Washington Post. “BuzzFeed is struggling with the same market forces that the Huffington Post is, and in some ways, the traffic still has value. And maybe BuzzFeed knows better how to get value out of that traffic than Verizon does. But also, BuzzFeed cannot afford not to make a change. And Huffington Post really can’t afford not to make a change.”

So what led to HuffPost “being sold for scraps,” as one former BuzzFeed reporter described it to TheWrap?

“Digital advertising for any content provider, other than Google and Facebook, has been dropping for years. And COVID-19 has made it that much worse. So everyone is looking for deals,” Dan Kennedy, a professor at Northeastern University and former HuffPost blogger, told TheWrap. “This would be the proverbial economies-of-scale.”

Kennedy also said that HuffPost’s moves away from the “three pillars” that once made the company so formidable — “free content from bloggers who didn’t get paid,” “abusive aggregation” of other outlets’ content and mastery of SEO — helped lead to its demise.

“The funny thing is Jonah Perretti mastered SEO when he was at HuffPo, and then moved on to BuzzFeed to show the world what he could do with social media engagement. And that really left HuffPo behind. I don’t think they ever came close to mastering social the way BuzzFeed and some of the other players on that stage did,” Kennedy said.

Also Read: BuzzFeed Expects to Break Even After $30 Million in Cuts

“I didn’t have some nostalgic desire to buy HuffPost,” Peretti told Kafka on a Thursday “Recode” podcast. “HuffPost was more well-known and then had [a] bigger audience and then had an audience that was wealthier and, not just old, but all ages. And BuzzFeed really only has a young audience. We don’t really have the older, more affluent audience at all, and HuffPost is a sort of all-ages type brand.”

Peretti said he’s hopeful to make the business of HuffPost “be as big as the brand and the audience.”

But as for the news operations, BuzzFeed and HuffPost will operate separately, according to Mark Schoofs, BuzzFeed’s editor in chief. In a memo to staff on Thursday, Schoofs said that once BuzzFeed has found a new editor in chief for HuffPost — a position that has remained vacant since the departure of Lydia Polgreen for podcast brand Gimlet Media earlier this year — that person will report directly to Schoofs, who will only weigh in on “major strategy decisions.”

“I will not be involved in or focused on daily editorial decisions at HuffPost. I will also provide one point of contact to the company’s leadership for its news divisions. But my primary job is and will remain leading BuzzFeed News,” Schoofs wrote. “Our business strategy is to make sure that the two newsrooms maintain their own identities to preserve the big and loyal audiences that each has built up. So while we have another powerful journalism brand in the house, BuzzFeed News will stay true to its mission, individuality, and editorial independence.”

Time will tell if HuffPost can jumpstart BuzzFeed’s once-thriving business. Some are skeptical. Media analyst Thomas Baekdal said Peretti is “chasing the old ‘ad model'” that dominated digital media a decade ago “while other publishers have long moved on to other and better revenue models, like subscriptions.”

“As they try to stave off the same challenges that used to face legacy media when they were catapulting ahead of them, they’ve got to figure out what to do, because it’s not clear that their audience is interested in paying for their news,” Gilbert, the digital media strategy professor at Medill, added. “Can Huffington Post and BuzzFeed come out of this stronger than the way that they entered? Maybe. But it’s far from assured because there are also lots of legacy institutions that have failed over the same period.”