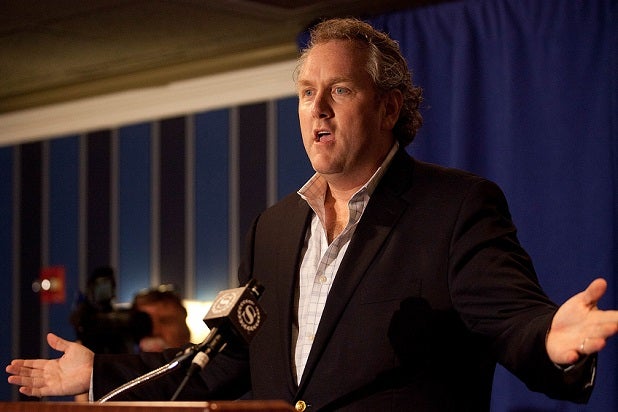 BuzzFeed wants some answers from the FBI about deceased conservative media figure Andrew Breitbart — and it’s willing to sue to find out.

BuzzFeed and journalist Jason Leopold have filed a complaint against the FBI, claiming that the bureau hasn’t done everything it can to answer their request for information on Breitbart.

The complaint, filed Friday in federal court in California, says that Leopold filed a Freedom of Information Act request with the FBI for “all records related to Andrew Breitbart” on Aug. 7, 2012, a few months after Breitbart died at age 43.

According to the suit, the FBI responded to the request on Sept. 4, but said that the bureau only searched it “main file records,” claiming that no records were located.

That was an inadequate effort, as far as the suit is contained.

The complaint says that Leopold appealed the FBI’s response but was denied by the U.S. Department of Justice Office of Information in 2013.

“In its appeal decision, OIP claimed that the FBI is not required to perform cross-reference searches unless the requester provides ‘information sufficient to enable the FBI to determine with certainty that any cross-references it locates are identifiable to the subject of [the] request,’ including, for example, the dates and locations of contacts between the subject of the request and the FBI, the subject’s social security number, or other such information,” the suit reads.

However, BuzzFeed and Leopold contend in the complaint, “Nothing in the FOIA statute requires a requester to provide this information before a cross-reference search must be conducted.”

Alleging violation of the Freedom of Information Act, the suit is asking the court to order the FBI to “conduct a reasonable search for records, including a cross-reference search, and to produce all non-exempt requested records.”