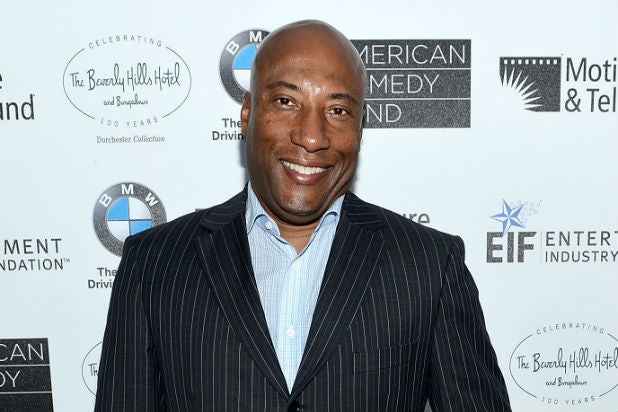 Byron Allen’s Entertainment Studios has struck another deal. Allen’s company has acquired the Weather Channel for an estimated $300 million, an insider with knowledge of the deal tells TheWrap.

Entertainment Studios announced the acquisition of the Weather Group, the parent company of the cabler and Local Now streaming service, Thursday. Allen bought the Weather Group through his company Allen Media LLC, from The Blackstone Group, Bain Capital, and Comcast/NBCUniversal. Those companies picked up the Weather Channel’s parent company for $3.5 billion back in July 2008.

The deal does not include the Weather Group’s digital assets like weather.com, Weather Underground or digital apps, which were acquired by IBM in 2015.

“The Weather Channel is one of the most trusted and extremely important cable networks, with information vitally important to the safety and protection of our lives,” said Allen, the founder, chairman and CEO of Entertainment Studios. “We welcome The Weather Channel, which has been seen in American households for nearly four decades, to our cable television networks division. The acquisition of The Weather Channel is strategic, as we begin our process of investing billions of dollars over the next five years to acquire some of the best media assets around the world.”

The Weather Channel, which debuted in 1982, joins Entertainment Studio’s portfolio of eight other 24/7 cable television networks.

“We are excited to join Entertainment Studios, and we are especially proud to be part of one of the largest emerging global media companies,” said Dave Shull, CEO of the Weather Channel. “Byron Allen’s purchase of our innovative and forward-thinking organization will increase the value we bring to our viewers, distributors, and advertisers.”