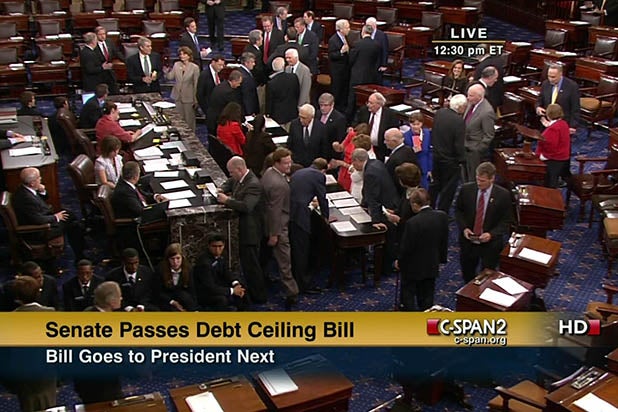 A warning to Washington political junkies who don’t have cable or satellite service — you may need to get your fix elsewhere if you rely on c-span.org. The network is about to limit web viewership of selected programming from its three TV channels.

Starting this fall, online airings of C-SPAN programming, including the daily morning show “Washington Journal,” will only be accessible to satellite and cable subscribers.

However, C-SPAN isn’t abandoning the web. It will continue offering its core streaming of live government events — including those from the House, Senate and White House — for free, and web surfers will also have free access to all C-SPAN’s older programming.

Peter Kiley, C-SPAN’s vice president of affiliate relations, said the move was initiated by C-SPAN itself rather than the cable industry, noting that network officials have become increasingly concerned that allowing open online access to their channels could jeopardize revenues.

“As we looked at changes in technology and changes in television distribution, we felt it was important to position ourselves to see that the license fee would continue to be paid for as long as we could,” he told TheWrap.

Kiley also stated the network’s fears surrounded new technologies like AppleTV and Google TV. As those technologies allow viewers to stream web channels directly to their TVs, there was worry that C-SPAN’s web feed was starting to compete with the cable feed. Allowing web viewers to see the same shows as cable subscribers at the same time removed any incentive for C-SPAN viewers to sign up for cable, which posed the threat of costing them revenues from license fees.

“That’s our sole source of revenue,” Kiley said. “The question was without it, how long can we stay in business. Initially, limiting access might lessen viewership, but people still come to watch the big ticket debates. Consumers are getting more comfortable registering to watch.”

C-SPAN quietly announced the planned move in a notice posted on its website Saturday along with a video featuring co-CEO Susan Swain.

“All of C-SPAN’s revenues comes from license fees paid by cable and satellite companies that provide our three TV channels to their customers,” she said in the video. “This revenue supports all of C-SPAN’s operations including our TV channels, C-SPAN radio and C-SPAN.org.

“Reserving online access to our three television channels to cable and satellite customers reflects the dynamic changes you can see going on in video distribution today. We believe it an important step for keeping a business model that allows C-SPAN to continue to operate well into the future.”

C-SPAN is offering all its web viewers some extra benefits as part of the change, however.

Consumers who sign in to watch C-SPAN’s web channels will get a higher streaming quality than those who view C-SPAN’s core content without signing in. In addition, C-SPAN created a mobile friendly version of its website, something it didn’t have before. Finally, C-SPAN redesigned its website to make it easier to find “on demand” content and that the content remains free.