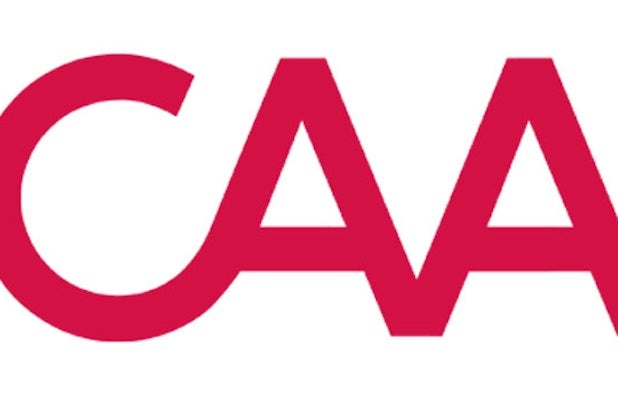 “We’re growing. We have more brand clients doing a greater range of work than ever before,” said Jae Goodman, CCO and co-head of CAA Marketing. “This group of extraordinary executives has been here for the better part of a decade, developing the strategies, content, and experiences fueling our brand clients’ success, and ultimately our own growth.”

“In addition to our newly-formed leadership team, we have a tremendously talented team of strategic and creative marketing professionals, and these new key hires complement our team’s ability to provide thought-leadership and innovative solutions for our clients,” said David Messinger, co-head of CAA Marketing.

Among the most awarded marketing services organizations in the world, CAA Marketing has won four Cannes Grand Prix in four different categories for Chipotle’s “Cultivate” campaign, and its work on behalf of clients has earned eight Emmy nominations and four wins and nine Webby Awards.

CAA Marketing was also instrumental to the first and second brand films ever accepted to the Sundance Film Festival and the first-ever live interactive show on Hulu, and was the driving force behind Coca-Cola’s long-standing partnership with American Idol and Hasbro’s “Transformers” film franchise, GAP’s first-ever Webby Award-winning work, and Coca-Cola’s 3D-animated short “The Polar Bears.”

Highlights from the past year include “Zona Paranormal,” a horror-based content and experience campaign created for client Anheuser-Busch InBev in collaboration with CAA client Jason Blum; and “Out There,” an interactive film created for Canada Goose, in collaboration with CAA client Paul Haggis. CAA Marketing also created the recent “It’s Mine” campaign for Diet Coke, featuring CAA client Andra Day covering Queen’s classic “I Want It All.”

In their new roles, Fur and Hunter will oversee the efforts of CAA Marketing’s creative department. Having begun their careers in the CAA Agent Trainee Program in 2006, Hunter and Fur have developed creative content across virtually every aspect of the entertainment landscape, ranging from filmed entertainment and live experiences to mobile gaming and multi-faceted global campaigns.

Tabb has been with CAA Marketing since 2003, where she has led major entertainment, marketing and promotional initiatives that included initiating Cirque du Soleil’s first-ever kids show (Luna Petunia) in partnership with Saban and Netflix, led the “Transformers” film initiative for Hasbro, a 13-episode reality TV show for Southwest Airlines, a Preferred Guest Affinity Program for Starwood Hotels (including Westin’s integration into Martha Stewart’s Apprentice), and a successful promotional program for Best Buy.

In her new role, Tabb oversees client services and project management, in which she strategically builds and manages teams to service and grow clients businesses while creating growth opportunities for employees. Additionally, she manages several high-profile client relationships and is actively involved in identifying and creating business development opportunities for CAA Marketing. An advocate for women, Tabb created SWIM (Smart Women In Marketing), a group designed to create relationships and shared experiences to empower and inspire female marketing executives from entry-level executives to CMOs.

Brooker joined CAA Marketing in 2008 to spearhead the development of original work for CAA Marketing clients in all areas of content creation, including film, animation, live events, television, digital media, touring events, product development, and beyond. He has played an integral role in projects that have garnered significant awards for current and past clients, and led CAA Marketing’s breakthrough in South American territory this past October with ABI’s “Zona Paranormal” in Buenos Aires. In his new role, Brooker will oversee a team of executives in the creation of original work for clients in all verticals.

Edwards comes to CAA Marketing from DOJO, a boutique creative agency that he co-founded in 2009. Prior to DOJO, Edwards held creative and executive positions at TBWA\Chiat\Day and McCann’s Agency215, where he created campaigns for Adidas and Xbox, including multiple Cannes Lions Grand Prix-winning works for the video game franchise “Halo.”

Pettinicchi comes to CAA Marketing from TBWA\Chiat\Day, where she most recently served as Director and Designer of Digital and Print Ad Campaigns, working on behalf of such brands as Nissan, Gatorade, Airbnb and Miller Lite.

Sullivan joins the team from Poolhouse, a collective of freelance integrated agency producers, where she was a founding member and served as VP. Throughout the past year, she has worked as a consulting Branded Content Manager at CAA Marketing on campaigns for a range of agency clients.