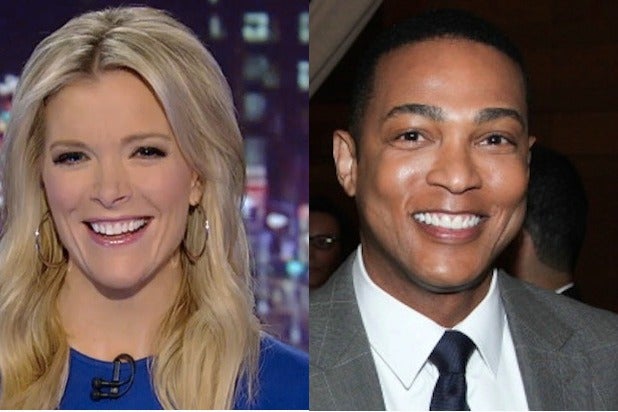 November 2014 ratings were especially sweet for Fox News primetime host Megyn Kelly. The 9 p.m. ET host of “The Kelly File” led all of cable news in the coveted 25-54 demo for the first time, drawing 546,000 demo viewers, with “The O’Reilly Factor” ranking second in that measurement.

This is not the first time another Fox News host other than O’Reilly won the demo; Greta Van Susteren did so in 2012. Kelly’s program also had its highest-rated total viewers month since launching in October 2013, delivering 2,734,000 million viewers. O’Reilly also had his highest-rated month of 2014.

In a busy news month that included the midterm elections, President Obama’s executive actions on immigration, an avalanche of rape and drugging allegations against Bill Cosby and the grand jury non-indictment of Darren Wilson — and subsequent riots across the country — Fox News was the most watched network in total day and primetime, followed by CNN, then MSNBC.

Among all cable networks, CNN saw the most growth year-to-year, increasing 34 percent in total day viewers and 55 percent in the demo compared to November 2013. In primetime, “CNN Tonight” with Don Lemon ranked third among all cable news shows in the younger demo, drawing 423,000 viewers while attracting 869,000 total viewers.

Police officers march by a burning squad car during a demonstration in Ferguson on Nov. 24, 2014. (Getty Images)

Lemon, like his colleagues Anderson Cooper, Jake Tapper and Chris Cuomo, were on the ground in Ferguson, Missouri after a grand jury decided not to indict Wilson. CNN’s 9 p.m. ET hour, which features a rotation of original series and occasionally an extended hour of “Anderson Cooper 360,” beat MSNBC’s Rachel Maddow in the demo.

During the day, MSNBC lost ground year-over-year. The network lost 13 percent of its total viewers and 16 percent of its demo viewers year-over-year. In primetime, the network was down 6 percent in viewers and 8 percent in the demos. For MSNBC, Chris Matthews and Rachel Maddow co-anchored its midterm elections coverage Nov. 4 with a cast of other MSNBC anchors and reporters contributing (and Tom Brokaw answering a grocery shopping call live on-air). For MSNBC’s Ferguson coverage, “All In” host Chris Hayes, correspondent and anchor Craig Melvin, MSNBC.com reporter Trymaine Lee and others were on the ground in Ferguson in the aftermath of Wilson’s non-indictment.

November also marked the month MSNBC debuted an extended “The Daily Rundown.” As TheWrap exclusively reported, the network inserted José Díaz-Balart as host of the program, extending it from 9-10 a.m. ET to 9-11 a.m. ET with Díaz-Balart during the middle of the month.

HLN also had a strong month, up 28 percent in viewers and 38 percent in the demo during the day. It also finished ahead of MSNBC in the total day demo, ranking third.