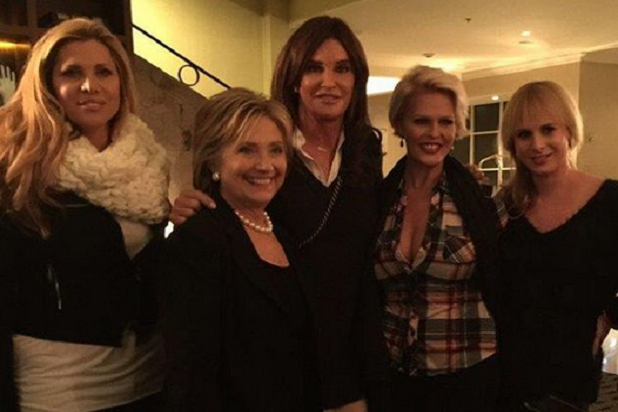 Caitlyn Jenner has undergone another transition — this time involving her stance on Hillary Clinton.

Reality TV star Jenner posed for a photo with the Democratic presidential candidate on Monday, days after trashing Clinton.

Jenner’s tone was a far cry from last week. In a preview for her E! reality series “I Am Cait,” Jenner branded Clinton a “fucking liar” and a “political hack.”

“Oh my God, yes, I would never ever, ever vote for Hillary,” Jenner added. “We’re done if Hillary becomes president. The country is over.”

In the same preview, Jenner declared that GOP presidential candidate Donald Trump “would be very good for women’s issues.”