Caitlyn Jenner will star in “Duke of the Valley,” a new scripted sitcom from Duke Van Patten that follows the lives of residents in a fictional San Fernando Valley apartment building.

“Duke of the Valley” is based on the memoirs of late actor Dick Van Patten, who was best known for portraying father figure Tom Bradford in the ABC dramedy series “Eight Is Enough” in the late 1970s. The show is co-created by Dick’s son Vince Van Patten and grandson, Duke Van Patten, who wrote the series together. Vince Van Patten will direct and produce with help from James Van Patten, Stefan Colson and Kim Waltrip. The show is currently shooting and has filmed a first episode, but without a network or release date.

The show will follow the life of Duke Patten (who plays himself), trying to make it as an actor in Hollywood while living in a dingy apartment in the San Fernando Valley that is owned by his “crazy uncle Jimmy” (played by James Van Patten). 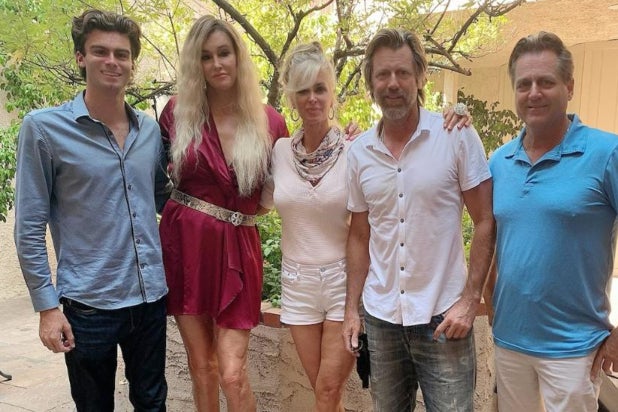 The fictional apartment is packed to the brim with eccentric tenants, including Heather, a transgender “white trash” woman who sells perfume at the counter at Macy’s who is played by Jenner; Heather’s roommate Fong (played by actress Thai Fong); and a homeless killer named Skipy who demands to camp outside the apartment building (played by Vince Van Patten).

Former “The Young and the Restless” and “Real Housewives Housewives of Beverly Hills” star Eileen Davidson also joins the cast as Brenda, a washed-up actress who can’t accept that her career in showbiz is over.