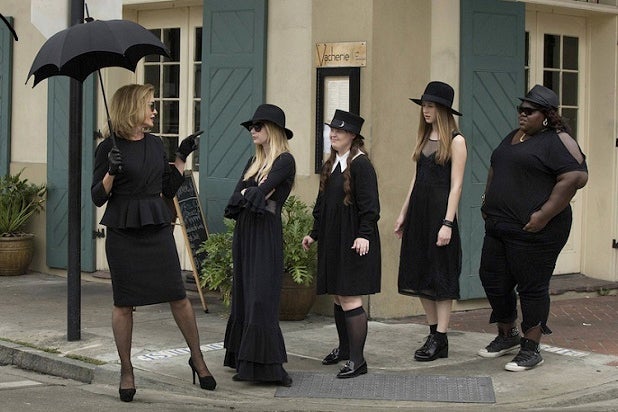 Moviegoers are likely to see fewer chase scenes through the Louisiana bayou next year — and more in the Bronx or Atlanta or on the 405 freeway.

While Louisiana and most other states have been rolling back or eliminating their incentives designed to attract Hollywood film and TV production, three states are going against the tide. New York has lured Hollywood postproduction houses with new subsidies and its annual incentive fund of $420 million is tops in the nation. Georgia is looking to a capitalize on the new facility build by Pinewood Studios in Atlanta. And last summer California committed to tripling credits to $330 million annually for five years.

What those three states have in common is a thriving pre- and postproduction infrastructure, in place for decades in New York and California, which enables producers to take further advantage of incentives.

On Wednesday, the California Film Commission announced that it had lured the HBO series “Veep” from Maryland, brought “American Horror Story” (photo top) back from Louisiana, and enticed “Hindsight” from Atlanta and “Secrets and Lies” from North Carolina, which recently cut back its long-established program.

This is the first year network series have been eligible for California incentives, and movies with budgets over $100 million are also newly welcome. But the state still won’t come close to meeting the demand, even though it will fund more projects and a broader range than ever before.

Some of the 26 projects that didn’t make the cut will be on a wait list, but the odds of being approved later this year are slimmer because the networks series are unlikely to fall out and many will look to other states for help.

California’s gains appear to be a direct result of a wave of disenchantment with tax incentives that has bubbled over in Maryland, North Carolina, Massachusetts and Michigan, where credits are being rolled back or eliminated.

Louisiana will almost surely eliminate payments for pre-release and creative costs like actors’ salaries and writing, which will put it in line with most rival states. And for the first time since 2002, the state will cap an incentive plan that has provided 35 percent tax credits and earned its “Hollywood on the Bayou” tag. It was home to 18 feature film shoots in 2013, but just five last year.

“Hollywood is an easy target when things get tight,” Stephen Weizenecker, an Atlanta-based attorney specializing in entertainment tax issues with Barnes & Thornburg, told TheWrap. “In Louisiana, the oil and gas economy has taken a big hit and tax revenues are down, so the legislators are looking to make cuts and tax incentives for movies and TV are low-hanging fruit.”

What they’ll find is a bleak landscape, far less welcoming than in past years. And clearly, the pendulum is swinging away from the liberal inducements that sent producers scrambling from the Golden State to greener financial pastures across the country.

Four states offered tax credits in 2002, but by 2012 that number was over 40 as legislators anxious to point to job creation and tourism opportunities opened up their wallets. The exodus rocked California’s status as the nation’s production capital, costing thousands of jobs and as much as $9 billion from its economy. Today, roughly 30 states offer incentives, with Arizona, Idaho, Indiana, Iowa, Kansas, Missouri and Wisconsin all ending their programs and others planning to do the same.

Michigan, Maryland and Massachusetts are all in the midst of cutting back or doing away with their programs. too. In just about every state that offers TV and film credits, the programs are facing intense scrutiny as to their real value. The many ways of slicing and dicing dollars has resulted in conflicting reports on their value, and measuring intangible gains like jobs and tourism is difficult.

“No one in Hollywood has a problem with that,” said Weisenecker, “and in fact, I think most accounting people welcome it, because it makes more clear the benefits the productions bring. Producers and studios have no interest in pillaging the countryside because they end up getting a bad name and ultimately, no benefits.”