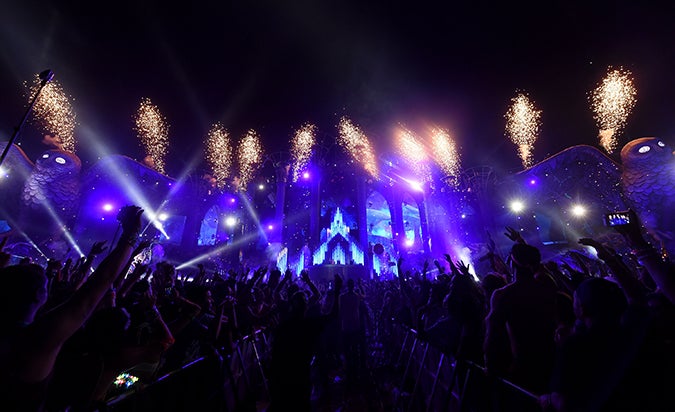 Montgomery Tsang, 24, of San Leandro, was pronounced dead on Saturday after attending the first night of the Electric Daisy Carnival, the Clark County Coroner’s Office said. It gave no cause of death.

“We are deeply saddened by this news and hope that everyone will join us in keeping his family and friends in their thoughts during this very difficult time,” spokeswoman Jennifer Forkish said.

More than 140,000 people are expected to attend each night of the three night Electric Daisy Carnival, one of the most popular electronic music concerts in the world.

According to the Las Vegas Sun, Tsang collapsed in a parking lot outside the concert venue under unclear circumstances.

The Electric Daisy Carnival originated in Los Angeles but was moved to Las Vegas in 2010 after the death of a 15-year-old attendee due to drug intoxication.