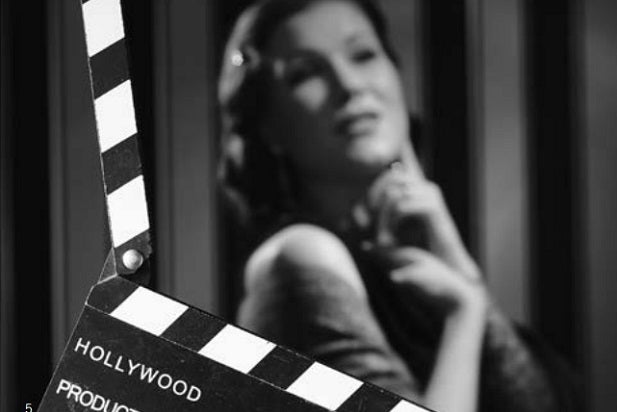 California has regained its status as the movie production capital of the world, and by a wide margin, a study released Thursday by FilmLA revealed.

The Golden State was home to 22 feature film shoots in 2014, putting it ahead of New York with 13 and the U.K. and Canada, which were home to 12 feature shoots each. Georgia was next with 10 and last year’s leader Louisiana had five in 2014, down from 18 the year before.

The California-made films — 18 live-action films and four animated films — brought an estimated $1.11 billion in total production spending to the state.

The 106 films studied by FilmLA represent nearly $6.3 billion in direct production spending. Budgets for sampled films ranged from $2 million to $250 million, with the average $62 million.

The Kevin Hart film “About Last Night” was set in Los Angeles, and the creative
desire to shoot the film where it’s set (a novelty for most films) was aided by careful
production planning that had all of the filming sites located within a tight 10-block
radius to lower transportation costs.

The location manager on “About Last Night” helped reduce production costs by
negotiating with merchants to reduce location fees in exchange for using
their real business names in the film, which offered a marketing benefit from
audience exposure to the movie.

Also Read: AMC Theatres to Market Movies to Audiences Based on Analytics of Individual Interest

California also got lucky with several films shot in the state that were helmed by
some of the very few prominent directors able to dictate where films are made. Paul Thomas Anderson, for instance, insisted that the $20 million L.A.-set “Inherent Vice” be shot in his home state.

Director David Fincher kept most of the $50 million budget for “Gone Girl” in
California by shooting most of the film in L.A. Fincher did take the thriller to Missouri (the primary setting) for five weeks, where it spent $7.8 million of its budget and received an incentive from the state.

Finally, Christopher Nolan, who has made many of his films entirely or substantially
in California, was able to steer much of the massive $165 million budget for
“Interstellar” into the state’s economy. More than half the film was shot at various
locations around L.A., including stage work done at Sony Pictures Studios
in Culver City.

Also Read: What State Is the Movie-Making Capital of the World? Hint: It's Not California or New York

From a national perspective, the U.S. served as the primary production location for 64 percent (69 count) of the 106 films.

California saw a healthy reversal of the paltry 14 percent share from the year before, with 21 percent of the films produced primarily within the state.

New York’s rise to second place in the 2014 rankings is impressive. The four 2013 films that primarily shot there didn’t even place the Empire State in the top five locations in last year’s report, when the state tied with North Carolina for seventh place.

Louisiana’s plunge from No. 1 came as state officials are contemplating capping its film incentive, but the $200 million cap under consideration is unlikely to hamper the state’s ability to attract big-budget films.

Many high-profile films of 2015 were filmed in Louisiana, including “Jurassic World,” “Fantastic Four” and “Terminator Genisys.”