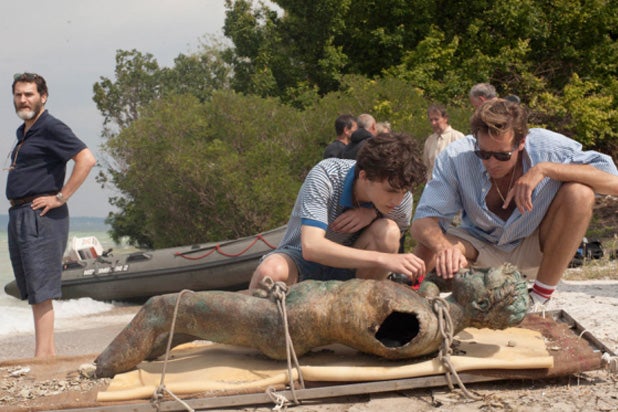 “Call Me By Your Name,” a gay love story starring Armie Hammer, has sold to Sony Pictures Classics in advance of its official premiere later this month at the Sundance Film Festival, TheWrap has learned.

The deal, estimated to be worth low- to mid-seven figures, is for worldwide rights.

Adapted from the beloved 2007 novel by Andre Aciman, the film follows a love story that spans 20 years after a chance meeting in 1980s Italy between a 17-year-old boy (Timothee Chalamet from “Homeland”) and a twentysomething man (Armie Hammer).

“Call Me By Your Name” was directed by Italian director Luca Guadagnino (“A Bigger Splash”) from a script by James Ivory, Walter Fasano and Guadagnino. It was produced by Peter Spears, Emilie Georges, Guadagnino, Ivory, Marco Morabito, Howard Rosenman, and Rodrigo Teixeira.

Sufjan Stevens wrote and performed original songs in the film.

It will debut in the upcoming festival’s Premieres section.

The film’s rating isn’t known yet, but the book involves several sexually explicit scenes that could raise the ratings board’s eyebrows if they end up in the finished cut.

Variety first reported the news of the film’s acquisition.

For the record: A previous version of this story incorrectly stated that Sony Pictures International was involved in this deal.